Directed by Jessica Woodworth, Peter Brosens
An unusual film set in Mongolia which contrasts the spiritual vitalities of shamanism with the dehumanizing rigors of industrial capitalism.

Bagi (Batzul Khayankhyarvaa) is a nomad shepherd in the frozen steppes of Mongolia. He lives with his mother (Dugarsuren Dagvadorj) and grandfather (Damchaa Banzar); his father was a pilot who died in a crash. Bagi has a special talent for hearing the cries of lost sheep. Out in the wilderness to save a lost animal, he has a vision of his soul and suffers an epileptic fit. A shamaness (Tserendarizav Dashnyam) pulls him out of his stupor but tells him that the ancestors are calling him to be a shaman. Bagi does not see it that way, but his grandfather advises him to fulfill his destiny by heeding the call.

Before Bagi has time to do anything in response to what has happened, a military convoy arrives. The men in charge, wearing masks, claim that there is a plague in the area, and that Bagi and his family must evacuate the area immediately. The young shepherd is heart-broken when he learns that he must leave behind his beloved horse; he ties a blue scarf around its neck. The family is relocated to a desolate town where they are forced to work in the mines. Bagi takes a job delivering mail; his mother operates a machine. His grandfather has nothing to do but sit in a room alone.

In this new milieu, instead of rescuing lost animals, Bagi saves the life of Zolzaya (Tsetsegee Byamba), a beautiful coal thief and member of a band of performers. They are caught with stolen coal and put on a road crew with other outsiders and rebels. Unwilling to leave Bagi alone, the shamaness jolts him again, and he is taken to the hospital. A psychiatrist tells him that he has epilepsy which can be treated with medicine. But Bagi is beyond all normal treatments. In the water pipes, he hears the sounds of animals confiscated in the phony plague scheme. He goes on a shamanic journey that brings him to a city in the future. He works through Zolzaya to bring about change.

This spiritual adventure story was shot in Mongolia and directed by Peter Brosens and Jessica Woodworth. The film ambitiously melds a political critique of modernism with a deep respect for nomadic tradition and the value of shamanism, a spiritual perspective that embraces mysticism and a reverence for nature and animals. Brosens and Woodworth have made an unusual work that challenges us to choose the mysteries of the spirit world over the reason of commercial ventures that mine and destroy the riches of the earth. 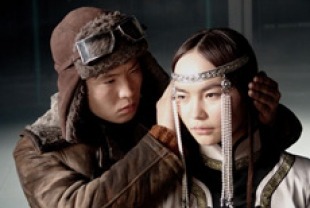 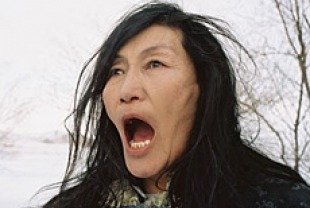 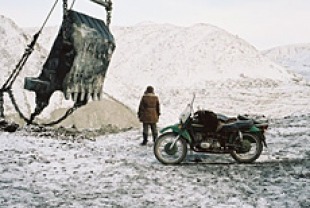 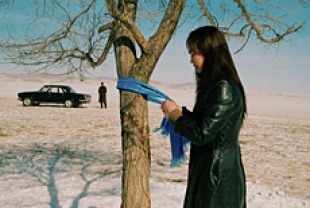