Directed by Brad Gann
The difficulties of coming-of-age in an Irish-American family with a violent older brother and a self-destructive father.

For many young boys, coming-of-age can be a challenging ordeal, especially when the path is blocked by a father or a brother. In the case of Cole McKay (Michael Angarano), both his father and his brother are standing in his way, and he must figure out how to get around them.

This Irish-American family drama is set in Boston where the young protagonist has distinguished himself as a gifted student at a private Catholic school. He is headed for the priesthood, and everything looks like smooth sailing ahead until it is discovered that his older sister Kathleen (Emily VanCamp) is pregnant. Their devout mother, Margaret (Melissa Leo), wants her to have the child but her independent-minded daughter has other ideas. It is decided that the family cannot afford to have Cole attend private school anymore. His father, Desmond (Brendan Gleeson), tells the school priest that he will be taking him out of classes immediately. It is all handled quite badly. Cole is embarrassed but unable to change his destiny.

The wild card in this family is Terry (Tom Guiry), the oldest child. He is a violent young man who enjoys tormenting Cole and rebelling against his father who has shown little interest in him. On his first day at public school, Terry notices that his brother is wearing a pair of his pants and forces him to take them off and give them back to him. This is only one of many humiliations Cole endures.

Luckily, he lands a job working at a neighborhood restaurant. On one of his errands for the boss, he comes upon his father shining shoes. It is a startling moment for him. Desmond, who was once a promising athlete, has become a drunkard and spends a lot of time in self-destructive activity. His marriage to Margaret is meaningless for both of them. Despite his father's many vulnerabilities, Cole desperately wants his approval, especially when he becomes an ace pitcher on the school's baseball team.

Writer and director Brad Gann has created an engaging coming-of-age drama that is propelled by the sturdy performance of Michael Angarano, who keeps us rooting for him all the way. 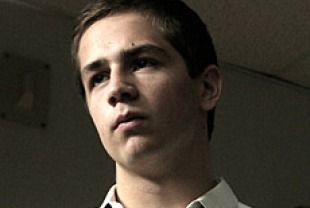 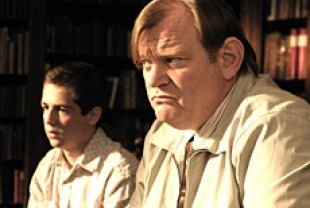 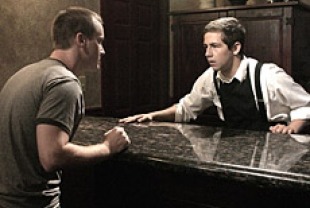