Directed by James C. Strouse
A tender and touching movie about a father who learns how to nurture his daughters while in the midst of grief.

Stanley Phillips (John Cusack) is the manager at a home supplies store who every morning leads his employees in a cheer as if they were getting ready for an important football game. He doesn't have much energy or patience when he gets home to look after his two daughters, 12 1/2-year-old Heidi (Shelan O'Keefe) and 8-year-old Dawn (Grace Bednarczyk). His wife Grace is a career soldier and away serving in Iraq. Feeling a bit depressed, Stanley attends a support group for soldier's wives but feels out of place, especially when talk turns to sex on the night before their spouses left for duty. He and Grace met while they were both in basic training and over the years have created a good marriage based on friendship. He misses her decision-making abilities and her closeness to their daughters.

Heidi is a smart and serious girl who is forming her own opinions about the war in Iraq even though her dad totally supports it. He wants the girls to think of their mother as a hero who is fighting for their freedom. Dawn is a cheerful kid who has a special time with her mother every day; before Grace left, they set their clocks to chime at the same time every day and promised to both stop and think of each other. Most of the time, Dawn is just a happy child with an abundance of enthusiasm and playfulness.

When two Army representatives show up on Stanley's doorstep, he knows that they are bearing news that his wife was killed in Iraq. He refuses to pray with the chaplain and immediately lapses into a state of shock. He can't bring himself to tell his daughters, so when Dawn says how much she would love to go to Enchanted Gardens, an amusement park in Florida, he suggests that they take a road trip. Heidi, the reasonable one, is concerned about her father missing work and her school assignments. But Stanley persuades them that they need to get away every once in a while and have some fun.

They make a stop to visit his mother but she is not home. Stanley's 32-year-old slacker brother John (Alessandro Nivola) is living there. The two brothers disagree about most things, especially politics. While Stanley takes a nap, John takes the girls out to dinner. They want to know why their father left the army, and he tells them what's been a secret, that he so wanted to serve that he cheated on his eye test. Later when John learns of Grace's death, he reluctantly agrees not to tell the girls.

In his first directorial effort, screenplay writer James C. Strouse has come up with a tender and touching melodrama about family, grief, and the challenges faced by a nervous and sad father who feels his way slowly into a deeper relationship with his daughters. Stanley has been doing his best, we sense, providing some order for his children, but he is not naturally nurturing. He's concerned about Heidi, who, like him, is fun challenged and is having trouble sleeping. He knows Dawn misses sharing important moments with her mom, which becomes apparent when she hides out in a little house in a store just after she has her ears pierced.

There are stages of grief, and Stanley goes through several of them in the course of these few days — shock and numbness, accepting the reality of the loss, and beginning to work through the pain. Although some, including his brother, think it's wrong that he postpones telling his daughters what's happened, he seems to know that until he can face it and until the girls have come to know him in a different way, he will be no help to them in their grief. Sometimes instead of following social customs about death and grieving, we have to trust our intuition. There is a right place and a right time for everything.

Special DVD features include a conversation on Grace; the inspiration for Grace Is Gone; and a profile of TAPS, a Tragedy Assistance Program. 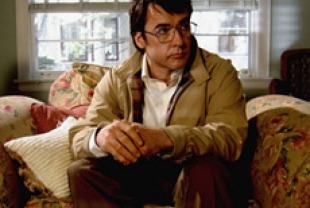 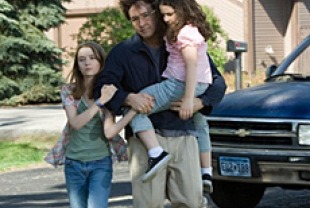 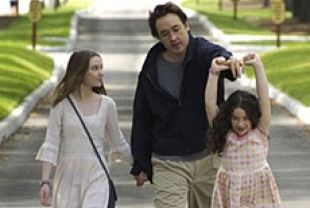