Directed by Marc Forster
A memorable and moving drama about the pain of lost friendship, the yearning for forgiveness, and the freedom that comes from making amends.

In Kabul, Afghanistan, in 1978, 12-year-old Amir (Zekiria Ebrahimi) doesn't have many friends thanks to his privileged place in society. His mother died giving birth to him, and his wealthy and domineering father, Baba (Homayoun Ershadi), lives in a posh compound where his longtime servant, Ali (Nabi Tanha), looks after his every need. Hassan (Ahmad Khan Mahmoodzada), Ali's young son, spends all of his free time with Amir. Their friendship crosses the ethnic and religious divide between the city's affluent Pashtun majority and the Hazara minority. Yet the bond between the boys is strong. When the neighborhood thugs bully Amir, it is Hassan's toughness, backed up by his trusty slingshot, that protects him. Amir reciprocates by reading his illiterate friend Afghan folk tales and occasionally a story he has written himself.

The highest form of adventure for these two boys is the annual kite-flying contest in which the winner is the one whose kite string, covered with glass particles, is able to cut down all the other kites in the sky. Baba was once the local champion, and Amir wants more than anything else to impress him, feeling this will close the distance between them. He's ecstatic when he wins. Hassan, equally excited, offers to run after the final downed kite and bring it to Amir as a trophy.

But the boys' day of triumph turns to tragedy. Hassan gets the kite but is also cornered by a bully named Assef (Elham Ehsas) and his friends. From a short distance away, Amir witnesses as Assef beats and then rapes Hassan. Amir's fear keeps him from doing anything to stop the assault. Later, his guilt prevents him from being able to continue to relate to Hassan. Their friendship severely damaged, Amir makes it worse by accusing Hassan of stealing. Even though Baba quickly forgives Hassan, Ali decides that he and Hassan will leave.

When the Russians invade Afghanistan, Baba, a vocal anti-Communist, flees with Amir to Pakistan. At a checkpoint, Baba risks his life when he protects a woman in their party from a soldier. Such heroism matters little when the family relocates to California. The best Baba can do is work in a gas station and sell secondhand goods at a flea market on weekends. Amir (Khalid Abdalla), who wants to be a writer, attends community college. At the flea market frequented by other Afghan immigrants, he meets a general from Kabul (Abdul Qadir Farookh) and his daughter Soraya (Atossa Leoni). He falls in love with her and following tradition, has Baba ask her father to consent to their marriage.

One of the happiest days of Amir and Soraya's new life together comes when his novel A Season of Ashes is published. But on the same day he receives a deathbed request from Rahim Khan (Shaun Toub), his father's old business partner who lives in Pakistan. "There is a way to be good again," says this wise and kind man, who was the one most supportive of Amir's childhood writing. With these eight words, Amir is called to come to terms with the guilt and the cowardice that have haunted him all his days. But this requires him to return to Afghanistan, which is now controlled by the Taliban.

The Kite Runner is one of the best films of 2007 with its emotionally resonant story. Director Marc Forster has done a marvelous and fluid job of conveying the sweep of years covered in the drama and has drawn some incredible performances out of the ensemble cast. The cinematography by Roberto Schaefer captures all the glory of the kite tournament scenes and the depressing sadness of the devastation in Kabul after years of war.

The screenplay by David Bedioff is based on the New York Times bestselling novel by Khaled Hosseini. Fans of the novel will miss a few details and the interior voice that so effectively conveyed Amir's insecurity and shame, but the film does do justice to the palpable sense of longing among all the characters to do right by each other. And that yearning is the heart and soul of this story. All the novel's themes are vividly presented — the beauty of friendship and the pain of its loss, the intimacy of a father-son relationship that grows over the years, the importance of words of encouragement and moral support, the challenges facing immigrants trying to maintain cultural traditions, the weight of regret and the freedom that comes with making amends, and the spiritual glory of forgiveness of others and especially of oneself. 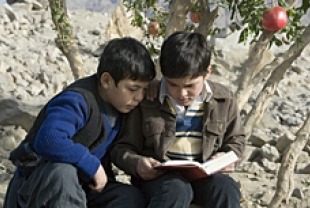 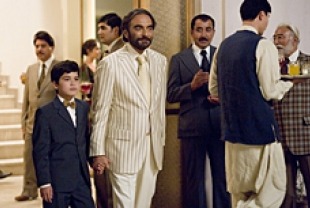 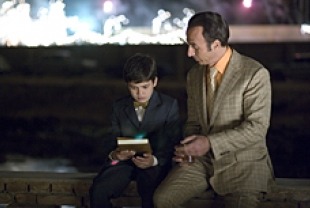 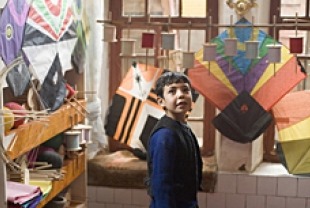 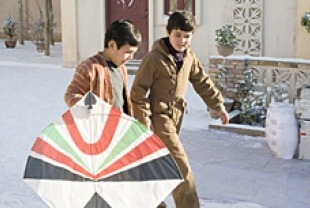 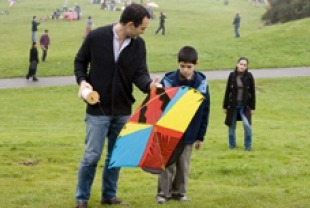 PG-13 - strong thematic material including the rape of a child, violence, brief