Directed by Sean Penn
The engrossing true-life drama of an idealistic young man who yearns to live alone in the Alaskan wilderness.

Leo Tolstoy, Henry David Thoreau, Jack London, and other celebrated writers have made a simpler and more elegant life in the wilderness into a dream to be pursued by the adventuresome and the courageous. Isolated places offers solitude, a chance to see what you are made of, and a way to uncover the truth of who you really are. For these seekers, going into the wild is a spiritual journey.

It is for Christopher Johnson McCandless (Emile Hirsch), the subject of this true-life drama. Raised in a well-to-do family in Virginia, he and his sister Carine (Jena Malone) have witnessed many fights between their domineering father (William Hurt) and their ambitious mother (Marcia Gay Harden). Their parents want them to enjoy the benefits of wealth but a family secret ruins any future relationship with Chris. When he graduates from Emory University in 1990, he turns down their gift of a new car, donates his $24,000 savings fund for Harvard Law School to charity, burns his social security card, and cuts up his credit cards. He begins a cross-country odyssey that will take him as far away from his parents as he can get. As his sister interprets it, "He was emancipated from the world of abstraction, false security, parents, and material success, the things that cut Chris off from the truth of his existence." Later, he abandons his car in the Arizona desert, burns the rest of his money, and continues on hitchhiking. Having made a clean break from his past life, he renames himself "Alexander Supertramp."

Alex's intention is to get himself mentally prepared and physically fit to live in complete solitude in the Yukon, his "great Alaskan adventure." He believes money makes people callous and wants nothing to do with materialism. He meets Jan (Catherine Keener) and Rainey (Brian Dierker), two middle-age hippies who are touring the country in their colorful van. They are kindred spirits who love the freedom of being on their own. She becomes his surrogate mother and is deeply saddened by his refusal to let his parents know where he is.

Alex spends a pleasant time with a friendly South Dakota farmer named Wayne (Vince Vaughn) and then travels by kayak down the lower Colorado River to Mexico. This is quite a feat given his fear of water, which he knows he needs to conquer. Reconnecting with Jan and Rainey at a trailer park, he meets Tracy (Kristen Stewart), a young folk singer who is attracted to him, but he assures her they can only be friends. Nothing will stop him from pursuing his dream.

His most important encounter on the road is with Ron (Hal Holbrook), a retired Army man and widower. Despite his declared desire for isolation, Alex is actually quite the extrovert and people are drawn to him. Ron teaches him to work with leather, and he encourages the older man to get back into the world. It is Ron who comes closest to what really is bothering Alex. A religious man, he urges him to consider forgiveness: "When you forgive, you love. And when you love, God's light shines on you."

Into the Wild is the fourth film Sean Penn has directed, and it is totally engrossing from start to finish. Based on the bestselling nonfiction work by Jon Krakauer, this quest drama has many magical moments which convey the wonder of this seeker as he happens upon scenic vistas. There are many moving scenes of intimacy between Alex and the strangers who befriend him and listen to his dreams about the wild. When he finally makes it to the region near Mt. McKinley where he is going, a kind stranger even gives him a pair of boots. He finds a battered old bus for shelter as he settles in to savor solitude. But the tooth and claw of the wilderness surprises this youthful nomad on more than one occasion.

Alex learns many lessons on this spiritual journey about his needs for solitude and companionship, about the enchantments and dangers of nature, about what he knows and what he doesn't know. And, thankfully, he also learns the big ones about forgiveness and love before it's too late.

Emile Hirsch gives an intense and mesmerizing performance that lights up this drama and keeps it reverberating in our minds long after we have left the theater. 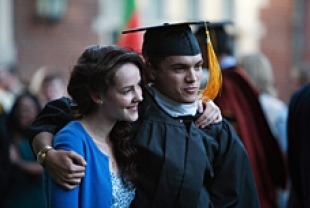 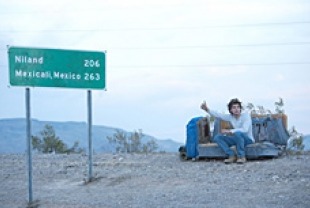 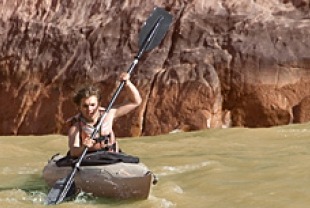 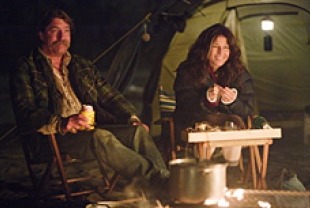 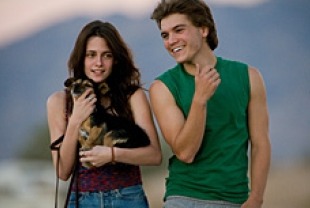 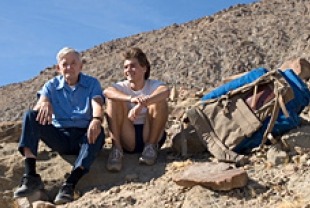 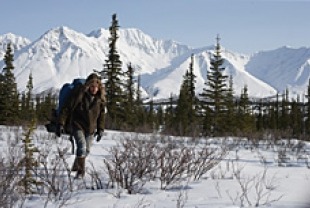 Read our reflections on Forgiveness in Into the Wild