Directed by Nadine Labaki
Five women in a beauty salon in Beirut struggling to find their small share of happiness as they buckle under societal and religious pressures.

The title of this delightful Lebanese film refers to a blend of sugar, lemon juice, and water that is made into a caramel paste and used in beauty salons to sooth the skin during the uncomfortable removal of hair from the legs and other places on the body. It's a good metaphor for the mixture of sweet moments and challenging situations in this movie.

Layale (Nadine Labaki) runs a Beirut beauty salon; she is 30 years old and still lives with her parents like other unmarried women in the city. She loves her work but is having an affair with a married man who beeps his car horn outside the salon when he feels in the mood. Nisrine (Yasmine Al Masri) is a close friend who works for her. She is about to marry a Muslim who doesn't know that she is not a virgin. She's secretly having an operation that will stitch her back up. Rima (Joanna Moukarzel), who gives shampoos, is a shy lesbian just beginning to test her wings.

Jamale (Gisele Aouad), one of their regular clients, is going through menopause; she desperately wants to appear younger so she can become an actress. The last main character in this intimate drama is Rose (Siham Haddad), an elderly seamstress who spends most of her time looking after her older sister Lili (Aziza Semaan) who has dementia. When a gentleman client takes an interest in her, Rose must clarify her values and decide what is most important to her.

Writer and director Nadine Labaki does a fine job orchestrating the interaction between these five woman and their responses to men, sex, relationships, and their bodies. The story also conveys the very real societal and religious pressures that cause tension, guilt, and fear in their everyday lives as they struggle to find their small portion of happiness in Beirut.

Special DVD features include an interview with director Nadine Labaki. 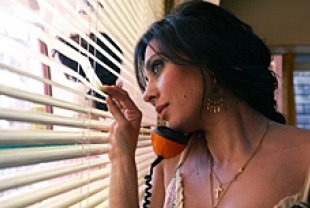 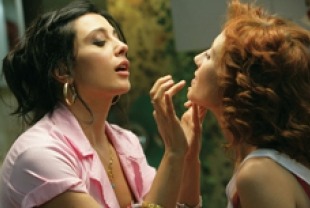 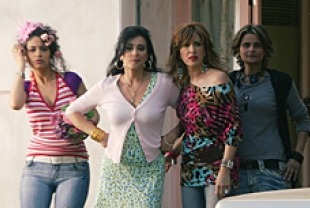