Directed by David Gordon Green
A quirky coming-of-age drama set in a small town in 1974 that revolves around the mysteries of love, loss, and human yearning.

Arthur (Michael Angarano) plays trombone in the high school marching band. This 16 year old is shattered when his fed-up mother (Jeanetta Arnette) orders his father Don (Griffin Dunne) to move out of the house. Their marriage isn't working, and both of them are tired of pretending it is. After school Arthur works at a Chinese restaurant. He likes flirting with Annie (Kate Beckinsale), a pretty single mom who used to be his babysitter. She is having affair with Nate (Nicky Katt), the husband of her co-worker, Barb (Amy Sedaris).

Annie's ex-husband Glenn (Sam Rockwell) is a recovering alcoholic and born-again Christian who desperately wants to get back together with his wife and four-year old daughter. After a long time out of work, he lands a sales job and dreams that things can be as they once were. But Annie still feels uneasy around Glenn, who crashed his car through a bridge in an abortive suicide attempt. She never knows what crazy thing he will say or do next. Besides, the pressures of raising her daughter and working are just too much for her to handle.

Snow Angels, based on a novel by Stewart O'Nan, is set in a small town in 1974. Writer and director David Gordon Green already has to his credit three poignant character-driven films: George Washington, All the Real Girls, and Undertow). He is a master mood-maker able to capture moments of quiet intensity in the lives of his characters.

In this absorbing drama, Arthur is the hub of three couples involved in the treats and traumas of love and loss. His life definitely improves when Lila (Olivia Thirlby), a new girl at school, develops a crush on him. At first he is unsure of how to handle her attention and affection but then he slowly relaxes into the intimacy between them. A quiet teenager, he is angered by the pain his father has caused his mother and in a moment of uncharacteristic anger, scolds his father for his selfishness.

Arthur and other members of the small community do not know what to make of Glenn's plunge back into drinking after Annie does not respond positively to his overtures to reunite. His yearning for love is palpable behind his wayward actions. She becomes more isolated than ever when a family tragedy turns her life upside down.

Gordon has made another quirky film about the world as filtered through the feelings of a teenager. Arthur's coming of age requires him to deal with love, loss, and the baffling mysteries of human yearning. 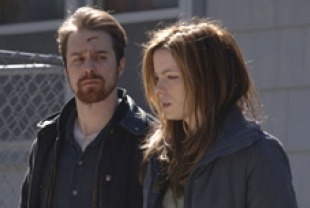 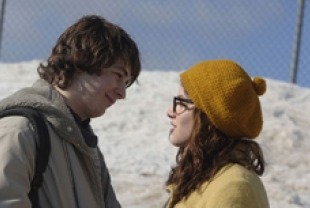