You Don't Mess With the Zohan

Directed by Dennis Dugan
Three cheers for a crazy wisdom hero who wants to make the world a kinder, gentler place!

Some of us grow tired of the superhero movie genre where invincible stand-ins for all that's right and good slaughter the bad guys and gals. The world really has not been laid out in such a simple dualistic fashion. Down through the ages, saints, holy fools, jesters, poets, and artists of all stripes have challenged this conventional wisdom that life is a battle between the righteous ones and the evil-doers. They have presented a form of crazy wisdom in order to get us to see what we often reject or ignore — mystery, paradox, the unity of all things, balance, and transformation. In his book The Essential Crazy Wisdom, Wes "Scoop" Nisker
notes:

"Crazy wisdom laughs at our ridiculous ways and shows compassion for the suffering that results from them. It presents us with the bigger picture, and with ways to step lightly through it."

We liked the crazy wisdom espoused in You Don't Mess with Zohan, a comedy from screenwriters Adam Sandler, Robert Smigel, and Judd Apatow (Knocked Up). Here is a raucous and hilarious send-up of the power plays and superhero tactics of Zohan (Adam Sandler), a top Israeli counter-terrorist commando who can propel himself to the top of tall buidings in a single leap, crash through windows without getting a scratch, beat any number of terrorists in single-handed combat, and even stop bullets with his nostrils. He is such an awesome killer that everyone who comes in contact with him knows to not mess with Zohan.

His foremost opponent is the Palestinian terrorist Phantom (John Turturro). In a fierce battle with him, Zohan pulls a fast one and fakes his death underwater so that he can pursue his real dream: becoming a hair stylist in New York City. He arrives in America as a stowaway and after defending Michael (Nick Swardson) finds a place upstairs from him and his mother (Lainie Kazan). He renames himself "Scrappy Coco" and gets his start sweeping floors at a hair salon run by a Palestinian beauty named Dalia (Emmanuelle Chriqui). When he finally gets a chance to make the world "silky smooth," he is in seventh heaven! Zohan, a sexual hedonist, is a big hit with the older women in the community who after their hair cutting session have sex with Scrappy. But trouble looms on the horizon when a real estate developer, who has been trying to force Arab and Jewish businesses off the block to make way for a new mall, tries to use ethnic hatred to set the communities against each other.

Dennis Dugan directs this over-the-top movie which has a built-in audience in young men who flock to Adam Sandler's films for the jokes about body functions, penis envy, and the uneasy relationship between men and women. You Don't Mess with Zohan contains far too many slapstick sequences, and many will be offended by its slurs on old people, Jews, and Arabs. But make no mistake about this: there is a crazy wisdom at work here that fits right in with the spiritual teachers of the past who often used outrageous behavior to shake people out of their enslavement to power, hatred, and fear. Scrappy Coco, whose heart is softened by love, dares to become a peacemaker. He gives up seeing the world as divided into "us" versus "them." In place of power trips and coercion, he learns the good things that can happen when reconciliation between ancient enemies becomes a reality. In the end, we cheered for Scrappy and you will too, if you're willing to stand beside this hairstylist who wants to make the world a kinder, gentler place.

Special DVD features include a commentary with Adam Sandler, Robert Smigel, Rob Schneider, and Nick Swardson; a commentary with director Dennis Dugan; deleted scenes; 10 behind-the-scenes featurettes: "Look Who Stopped By," "Dugan: The Hands-On Director," "The Stunts of Zohan," "Dugan Español?," "Zohan vs. Phantom," "Shooting Baja for Tel Aviv," "All American Redneck," "From Guns to Scissors," "The Robot," and "Laughing Is Contagious"; and five behind-the-scenes featurettes: "Zohan's Doubles," "News on 3: Missing Goat," "News on 3: Who Is the Zohan?," "News on 3: It's Very Good," and "Getting Sticky." 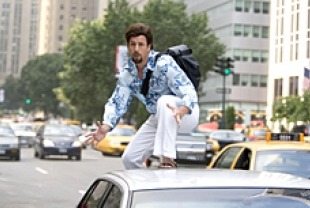 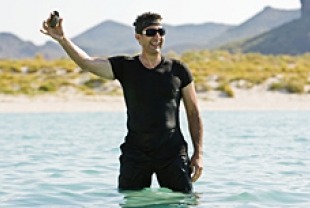 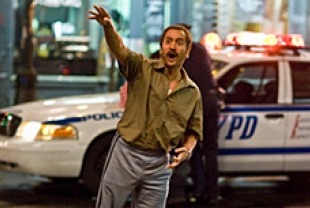 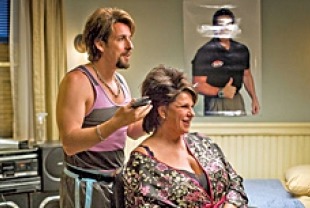 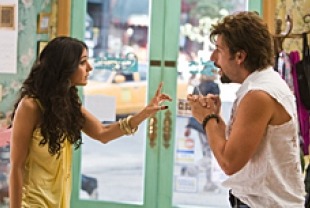