Directed by Christopher Nolan
A thought-provoking morality tale about the descent into darkness of a vigilante superhero, an anarchistic and sadistic villain, and an ardent idealist.

With Batman Begins (2005) director Christopher Nolan (Memento) resuscitated this comic book saga with a credible and well-wrought drama. This time around, he ups the ante and explores the morally complex subject of doing wrong while fighting wrong, a familiar ethical dilemma in our time.

Gotham City has become a world of unbridled violence bordering on anarchy. At the center of the chaos, Batman (Christian Bale) battles a villain named the Joker (Heath Ledger). Each is a masked man with his own agenda, and the frightened people in the city have been worn down by all the crime and destruction. At one point, the Joker tells Batman: "I don't want to kill you. You complete me." And we are reminded of the symbiotic ties that bind terrorists with those who, in the name of humanity, want to wipe them off the face of the earth. The two sides need each other in order for their warfare to assume more prominence and power in the minds of law-abiding citizens in the world.

The Joker pulls off a stunning bank robbery in his efforts to bring chaos to the streets of Gotham. He succeeds in enraging the crime lords who have infiltrated the police and are battling each other for supremacy. The new District Attorney, Harvey Dent (Aaron Eckhart), is the shining hope for those who want to destroy organized crime's hold on the city. His lover, Rachel (Maggie Gyllenhaal), is very proud of his courage and commitment to stop the bad guys. The other beacon of hope in Gotham is Lieutenant Jim Gordon (Gary Oldman), the good cop with a conscience who works with Batman as best he can. But when the Joker decides to assassinate Batman for the crime syndicate, all hell breaks loose. Billionaire playboy Bruce Wayne puts his financial clout behind Harvey Dent; he also supports him with nighttime excursions as Batman thanks to the formidable talents of Lucius Fox (Morgan Freeman), the technological genius and CEO at Wayne Enterprises, and Alfred (Michael Caine), his multitalented butler and right-hand man.

Co-writer and director Christopher Nolan has written a thought-provoking morality tale that stands head-and-shoulders over other screenplays based on comic book sagas. He probes the darkness of human nature in his raw and primal depiction of the descent of the Joker, Harvey Dent, and Bruce Wayne into the maelstrom of violence. There are some scary moments when the Joker holds his knife to the faces of various characters; he is a sadist who believes "what doesn't kill you makes you stranger." He operates outside any rules, even those of criminals. He enjoys tormenting others and astonishes the crime syndicate by his lack of interest in what motivates them, financial gain. As Alfred wisely notes: "Some men aren't looking for anything logical, like money. They can't be bought, bullied, reasoned or negotiated with. Some men just want to watch the world burn."

The Dark Knight challenges us to see and to appreciate the difficult choices that must be made by Harvey Dent and Bruce Wayne as they struggle to come to terms with their own anger and pain once their moral codes are up-ended in confrontations with the Joker. And like other superheroes, Batman has to cope with the fickleness of the public who have a love/hate relationship with him. As Harvey tells him: "You either die a hero or you live long enough to see yourself become a villain." 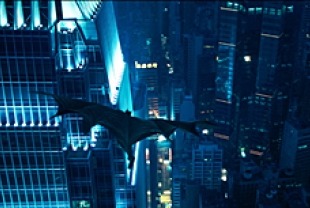 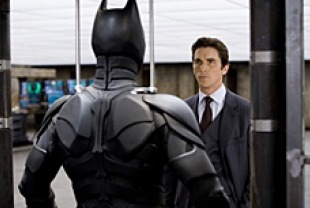 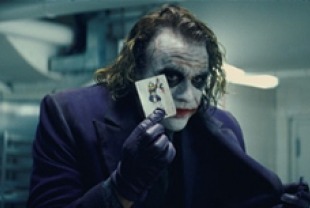 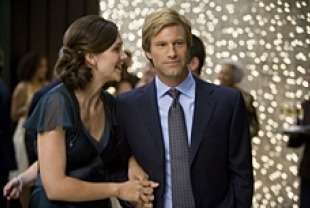 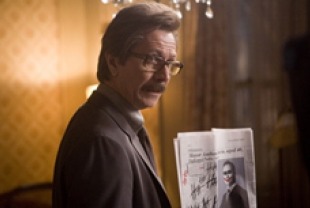 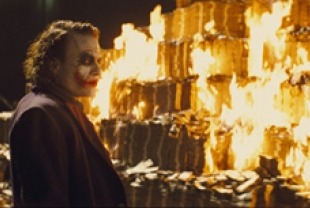 PG-13 - intense sequences of violence and some menace