Directed by Paul Weiland
A sprightly English comedy about a very special Bar Mitzvah, World Cup Fever, and the frantic efforts of a 12-year old boy to get the attention he feels he deserves.

Bernie (Gregg Sulkin) at 12 already thinks of his years at school as nightmares; he was consistently chosen last in games and suffered repeatedly at the hands of bullies. At home, he is overshadowed by his older brother Alvie (Ben Newton) and ignored by his father Manny (Eddie Marsan) and mother Esther (Helena Bonham Carter). But when Bernie learns from Rabbi Linov (Richard Katz) that his Bar Mitzvah will change everything, he gets very excited. On that glorious day all the attention will be focused on him and he will receive many gifts as he becomes a man. Bernie fantasizes about the perfect ceremony and reception where at last he will be able to step out of the shadows of ignominy and into the spotlight of adulation. Bernie begins planning this transformative event.

But meanwhile other changes are taking place around him. He begins seeing Dr. Barrie (Stephen Rea) who treats his asthma. Manny, who runs a green grocery with his sociable brother Jimmy (Peter Serafinowicz), discovers that a giant supermarket is opening right next to them. Then Manny's life savings, which he refused to put in a bank, go up in smoke in a fire at their home. To make matters worse, he is afraid that his wife Esther, like everyone else, likes Jimmy better than him. He also knows that his strange obsessive compulsive disorder has been hard for her to handle.

This coming-of-age comedy is based on " a true…ish story" of the experiences of director Paul Weiland. At the core of this humorous drama is Bernie's yearning to win the attention and respect of his father. The man has his own demons to square off against and that is why Bernie turns to Dr. Barrie and the blind Rabbi for counsel. Just when everything seems to be going his way, the boy learns that the World Cup Final has been scheduled for the same day as his Bar Mitzvah. In the process of dealing with these challenges, Bernie learns a few truths about human nature and the emptiness of the ego's games. 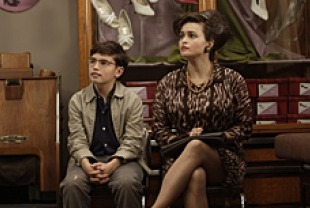 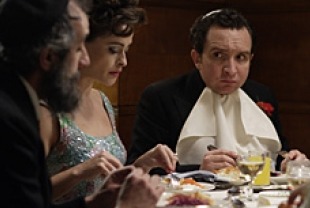 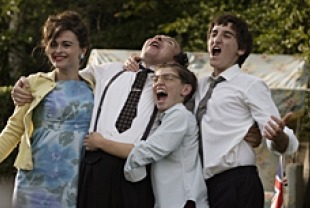