Directed by Greta Gerwig, Joe Swanberg
Conveys many magical moments of intimacy in a relationship that is going through a rough patch.

Mattie (Greta Gerwig), who lives in New York, arrives in Chicago for a brief visit with her boyfriend James (Joe Swanberg). They have sex on the floor after ripping off each others' clothes. We have no idea how long they have been dating or the reason why they have chosen to tolerate a long-distance relationship. It is obvious that their physical attraction to each other is the foundation of their love.

They talk about a variety of things, and we catch the drift of little differences which might cause trouble later. Mattie doesn't like to watch James chew a banana; she finds that icky and disgusting. She also seems to be uncomfortable while visiting with his brother and wife who show off their baby. Still, Mattie and James make it through the weekend without any major conflicts.

A year later, James is in New York for his work as a vidgame designer. As they meet and he sees her place, she again seems restless. They spend some time with her sister, and Mattie accompanies him to a photo shoot. There is something troubling her but she refuses to come out and say it bluntly. Mattie recounts a sexual moment of embarrassment and uneasiness from the past and then shocks James with her chilliness when they are about to make love.

Directors Joe Swanberg and Greta Gerwig manage to fill the screen with many magical moments of intimacy in a relationship that is going through a rough patch. The movie conveys both the freshness of love and the strains that can pull apart people, even those who are convinced they are meant for each other. We recommend Nights and Weekends for its lithe and engaging portrait of a relationship undergoing change. Swanberg and Gerwig open our eyes to the importance of small gestures and actions in the evolution of intimacy and the necessity of honest sharing of what we are feeling. 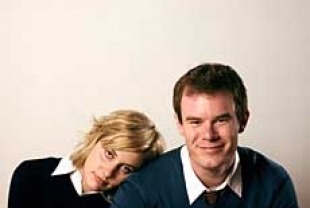