Directed by Thor Freudenthal
A fetching and funny family film with special appeal to dog lovers.

Andi (Emma Roberts) is 16, and her brother Bruce (Jake T. Austin) is 11. They are orphans who have had five different sets of foster parents in the last three years. Their social worker, Bernie (Don Cheadle), has a special place in his heart for these two kids and they trust him. Unfortunately the same cannot be said for Lois (Lisa Kudrow) and Carl Scudder (Kevin Dillon), their latest foster parents; they are over-the-hill rock musicians who live in their own fantasy world with little time left for anyone else. To Andi and Bruce, their dog Friday is the other member of their real family. This adorable Jack Russell Terrier is a true street survivor who visits them secretly since there is a no-dogs policy in their apartment.

One day, Andi and Bruce follow Friday into an abandoned hotel that looks like it would be a perfect place for him to safely reside. There are already two other dogs there, and soon Andi and Bruce have picked up a large number of other strays from all over the city. They identify with the older dogs who, like them, haven't been adopted because they aren't cute youngsters anymore. Bruce, who is some kind of mechanical genius, invents mechanisms to feed and entertain the dogs and collect their poop and pee for sanitary disposal. Three other youth join them in taking care of the dogs: Dave (Johnny Simmons), who works at a pet store; Heather (Kyla Pratt), another employee at the same place, and Mark (Troy Gentile), who works at a nearby market.

Hotel For Dogs is directed by Thor Freudenthal, and it comes across as a funny and fetching family comedy that will appeal especially to dog lovers. The story is based on Lois Duncan's children's book. Here is a movie where each dog has a distinctive personality, and that ought to help children appreciate the diversity among animals: one howls unless the window is open, another is a compulsive fetcher, and a third chews up everything in sight. One of the producers, Ewan Leslie, is a devoted animal activist who works with Karma Rescue, an organization that finds adoptive homes for abandoned and homeless dogs. Roughly two-thirds of the dogs used in the film were rescues. The lead dog, Cosmo, and his two doubles, who play Friday, were rescued within six months prior to shooting. Says Leslie,

"We saved quite a few dogs, and are hoping it will inspire others to adopt a dog. One of the most amazing things about rescued dogs is they're just so grateful that you've come along and saved them. When they find a loving home, they're so grateful to have somebody that they truly are the best dogs in the world."

If Hotel for Dogs inspires you to rescue a dog, visit your local shelter or plug in your zip code to the search engine at www.Petfinder.org.

Special DVD features include "Gadgets, Gizmos & Cool Contraptions"; K-9 casting; "Bark on Cue!"; "A Home for Everyone: the Making of Hotel for Dogs"; howl-arious deleted scenes; and a cast and crew commentary featuring Emma Roberts and Jake T. Austin. 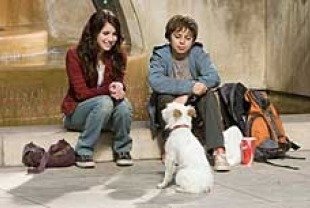 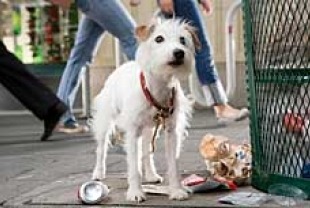 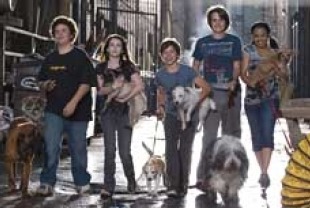 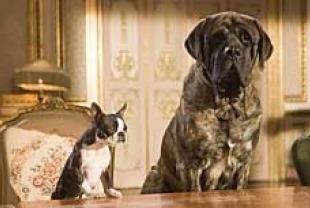 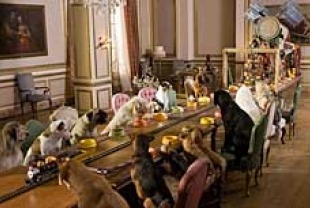