Directed by Daniel Barnz
An impressive family drama that salutes the power of the imagination and the challenges faced by unconventional children.

Phoebe (Elle Fanning) is a very smart and talented nine-year old who has a hard time dealing with the real world of authoritarian teachers, pushy and aggressive classmates, and a younger sister who bugs her. She is the daughter of Hillary (Felicity Huffman) and Peter (Bill Pullman), two writers who oftentimes feel guilty about not being really great parents. The spend a lot of time in their offices trying to be creative.

Phoebe gets into trouble at school by spitting at classmates who push her buttons and by constantly asking questions that bother her teachers. At home, she does obsessive compulsive activities which lead her parents to send her to a therapist. He has very little luck with Phoebe and Hillary stops sending her daughter to him, especially when he tries to categorize her mental illness.

At school, Phoebe's life is turned around when she auditions for a role in the play Alice in Wonderland. Miss Dodger (Patricia Clarkson) sees her creative spirit and casts her in the lead role. Phoebe becomes friends with Jamie (Ian Colletti) who auditions for the role of the Red Queen and is selected to play the part. These two nonconformists are very pleased to be given the chance to express their emotions in a story that celebrates the topsy-turvy world in which we live and the changes we all go through as we grow up. However, Phoebe's erratic behavior gets both her and her beloved teacher Miss Dodger in trouble and the school's traditional principal (Campbell Scott) is forced to intervene with some stern measures.

Writer and director Daniel Barnz has created an impressive family drama that takes within its ample embrace the difficulties of growing up as an outsider, parenting children who are different, and making the most out of our imagination in a world that, all too often rewards conformity rather than creativity. The film's emotional clout comes from three outstanding performances by the radiant Elle Fanning (the younger sister of Dakota Fanning) as the rule-breaking and unconventional Phoebe; Felicity Huffman as her conflicted mother who wants to nurture her daughter's special qualities but worries that she is inadequate as a parent; and Patricia Clarkson as Miss Dodger, a teacher who draws out the best in her students and models the feisty independence of a creative soul. Phoebe in Wonderland shows how the imagination opens up the world and that there is always something new to be seen, felt, and appreciated. Writer and teacher Robert Sardello suggests that we really bring our souls alive "with the discipline of daily clothing the world with imagination." Try it and you'll be amazed at all the possibilities! 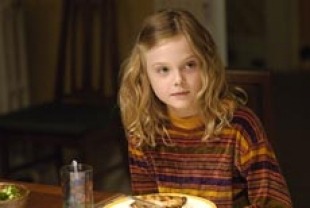 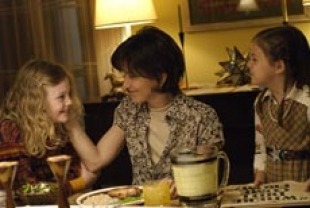 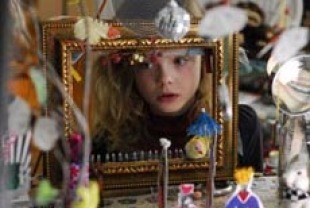