Directed by Bong Joon-Ho, Leos Carax, Michael Gondry
Three different short tales about the dark side of urban living with the Japanese city providing a backdrop.

Don't expect a film experience similar to the one unspooled in Paris Je T'aime. The three directors behind the dramas in Tokyo! see the dark side of urban living: the rat-infested overpriced apartments, the rampant violence that can happen at any moment, and the isolation of lonely souls who choose to escape the hugger-mugger of the streets.

In Interior Design, writer and director Michael Gondry (Eternal Sunshine of the Spotless Mind) explores the adventures of Akira (Ryo Kase), an experimental filmmaker, and Hiroko (Ayako Fujitani) who arrive in Tokyo and stay with an old school friend (Ayumi Ito). He lands a job wrapping gifts at a store while she unsuccessfully tries to find them an apartment. All the pressure and a severe lack of self-esteem propel Hiroko into a surreal transformation.

In Merde, French filmmaker Leos Carax (The Lovers on the Bridge) tells the weird story of a madman (Denis Lavant) who crawls out from the sewers of the city and causes a commotion on the streets as he assaults people and eats flowers and cash. Things escalate to nightmarish proportions when he finds some hand grenades and starts tossing them behind him, killing many people. The media sensationalize him, and he is eventually captured and put on trial. He still has a few surprises to unleash on the Japanese people whom he claims to hate. This parable about strangers and our hostile reactions to them is overdrawn.

Shaking Tokyo is written and directed by Korean Bong Joon-ho. The story revolves around an urban recluse (Teruyuki Kagawa) who lives alone in a tiny and tidy apartment which he has not left for ten years. One day, he breaks a firm rule of his: not to meet the eyes of the people who bring deliveries to him. He looks into the face of a pretty pizza girl (Yu Aoi) and then she faints when the ground shakes in an earthquake. Her departure unhinges the recluse who decides to track her down and declare his love for her.

Tokyo provides a backdrop for these three tales but is not a main character in any of them. Here the soul of the city is not celebrated. 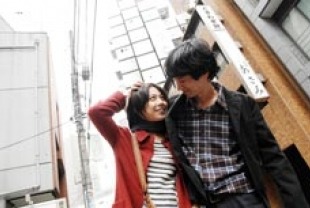 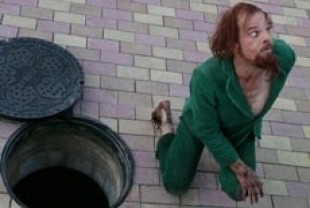 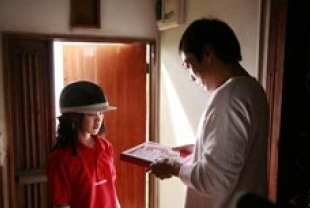