Directed by Nati Baratz
A compelling, enlightening, and emotionally absorbing documentary about the quest for a reincarnated Tibetan master.

Israeli filmmaker Nati Baratz has created a compelling and enlightening documentary about the quest to find a reincarnated Tibetan master. It was shot in the varied countryside of Nepal which includes small villages and stunning Buddhist monasteries set against the backdrop of majestic mountains.

Tenzin Zopa left his family behind at the age of seven to become a monk and a disciple of Lama Konchog, a Tibetan Buddhist master who spent many years in retreat. He had a very close relationship with this spiritual teacher and was with him when he died at age 84 in 2001. Following Lama Konchog's cremation, the ashes of the body are carefully searched for clues to his spiritual successor. Given the responsibility of finding his reincarnated master, Tenzin Zopa feels unequal to the task but is spurred on by the knowledge that this is one way of insuring that Lama Konchog's kind deeds and wisdom are passed on to others.

A senior lama who is well-versed in astrological matters determines that the "unmistaken child" has a name beginning with "A" and is in the same region where Tenzin Zopa grew up. The young monk begins his quest with the knowledge that his master's reincarnation is a one-year-old boy. He sees many families, interviews the parents and grandparents, asks the children questions, and tries to see whether each little boy is attracted to rosary beads. Tenzin Zopa is thrilled when he discovers a bright and assertive boy who stands apart from the rest and, in a test in front of senior lamas, is able to identify Lama Konchog's rosary, hand bell, and drum.

The emotional undertow of Unmistaken Child comes in the last section of the film when Tenzin Zopa bonds with the boy who calls him "Big Uncle." There is a very dramatic sequence in which they both prepare for a meeting with His Holiness the Dalai Lama where the boy is accepted as the reincarnated Tibetan master and given a new name, and two final encounters with his parents when they must decide whether or not to hand him over to the monastery knowing that they will no longer play a central role in his life.

All of these incidents make for compelling drama. We come away from this documentary inspired by the high spirits of Tenzin Zopa in the fulfilling of his mission and the delightful and sacred presence of the boy who manages miraculously to bless hundreds of people by placing his little hand on their heads.

Special features on the DVD include an exclusibe essay on reincarnation by Buddhist scholar Robert Thurman. 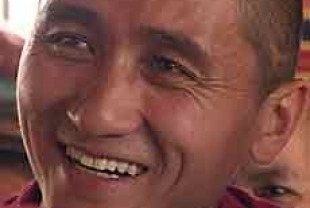 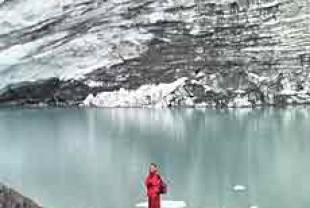 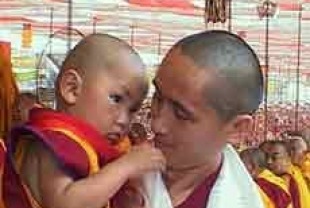 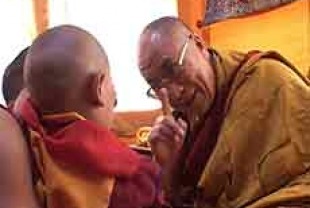 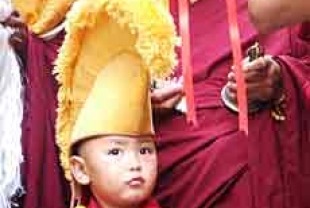