Directed by Jean-Pierre Dardenne, Luc Dardenne
Sobering drama about a poor Albanian woman living in Belgium and trying to keep her head above water in hard times.

Lorna (Arta Dobroshi) is a young Albanian woman living in Belgium and working at a menial job. She dreams of opening a snack shop with her boyfriend, who for now is away a lot working in different countries across Europe. In hard times, people like these two have to take whatever they can get, even if the handouts are meager or morally objectionable.

Such is the case with Lorna who finds herself a pawn in the hands of a mobster, Fabio (Fabrizio Rongione) who arranged a phony marriage between her and Claudy (Jeremie Renier), a junkie, so she can get a Belgium identity card. The plan is to eventually marry her off for money to wealthy Russian who desperately wants Belgium papers. Of course, this requires first getting rid of Claudy. When Lorna discovers that Fabio has followed through on his intention to kill him through a drug overdose, she goes into a state of panic and dread.

Lorna's Silence was the winner of the Best Screenplay Award at the 2008 Cannes International Film Festival. It offers another portrait of a person weighed down by circumstances and trying to keep her head above water. Directors Jean-Pierre and Luc Dardenne have created some remarkable dramas with La Promesse, Rosetta, and L'Enfant. Newcomer Arta Dobroshi delivers an intense performance as Lorna, a woman whose unethical activities sends her plunging into a dark night of the soul. 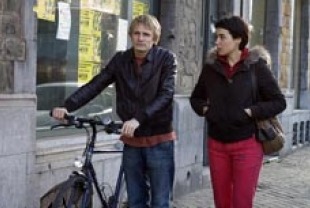 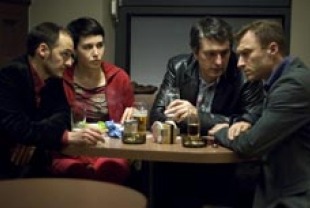