Directed by Hirokazu Kore-eda
A bittersweet drama about a Japanese family get-together that explores sibling rivalry, the need to be loved, and the mysteries of death.

Hirokazu Kore-eda is one of Japan's finest filmmakers. He has a fluid style that captures and beautifully conveys the mysteries of life and the idiosyncracies of vulnerable human beings trying to muddle through the messes and miseries of everyday life. His previous films include two of our favorites: After Life and Nobody Knows. In a statement about Still Walking, the writer and director observes:

"In the past five or six years I lost both my parents. As an ungrateful eldest son who used the demands of my profession to excuse my long absences from home, I find myself troubled by regrets, to this day. 'If only I'd been more . . .' 'Why did I say that then . . .' Still Walking is a film launched by the experience of regret that we all share . . . There are no typhoons in this film. Only the 'before' and the 'after' of dramatic events are revealed. In other words, I have focused on the premonitions and the reverberations of life. Because I believe that is precisely where the essence of life can be found."

All of us have experienced the pressures and expectations that accompany our interactions with family members. These encounters carry a mixture of anxiety and pleasure as we struggle to express who we are now, what we want both inside and outside of the family context, and where we need to establish our boundaries. You will find many entry points to your own birth family story in this exquisite Japanese film. Kore-eda has fashioned a universal drama that enables us to confront emotions that we may have kept hidden for years.

Ryota (Hiroshi Abe) is an art restorer who has recently lost his job. His new bride Yukari (Yui Natsukawa) is a widow with a ten-year-old son (Shohei Tanaka) by her late husband. They are both anxious about the upcoming visit to his parent's home to commemorate the death of Junpai, Ryota's older brother who died 15 years ago saving a drowning child. Also coming for the event are his sister Chinami (You), her car salesman husband (Kazuya Takahashi), and their two children. She has great expectations that her father Kyohei (Yoshio Harada), a retired doctor, and mother Toshiko (Kirin Kiki), will agree to let her family move into their spacious house which once also housed a medical clinic.

During their time together, the family eats a wide variety of food expertly prepared by the matriarch whose subservience to her domineering husband masks a very critical nature. After cordially giving Yukari one of her beautiful kimonos, Toshiko asks when they intend to have a baby of their own. And in private conversations with other family members, she refers to Ryota's stepson as "the prince." In two very revealing scenes, Toshiko uncovers a deep reservoir of anger: one deals with a visit by the young boy Junpei rescued, who is now a socially awkward young man, and the other revolves around the significance of a song from the past that bears a nasty secret.

Ryota is constantly frustrated and humiliated by all the adulation given to his dead older brother, a medical student who was going to take over the clinic from his father. Kyohei looks down on his younger son in every way and lets him know that he is an embarrassment both professionally and personally. This gruff patriarch tries to avoid contact with his witty and laid-back daughter who is not pleased with his isolation from everyone during this visit. Kyohei does have a few shining moments with Ryota's stepson who, when asked what he wants to be when he grows up, answers "a piano tuner."

One of the most poignant aspects of Still Walking is the treatment of death in the lives of this dysfunctional family. The ghost of Junpei hovers over all of the interactions of the one day these people spend with each other in a long time. There is the obligatory visit to his grave where Toshiko pours water on his tombstone and leaves a bouquet of new flowers. She shares with Ryota a folk view that a butterfly that survives the winter come back yellow. And then, almost magically, one appears later in their house. Toshiko is convinced that it is the spirit of Junpei there to bless them. The idea that people don't go away is also explored in a conversation Yukari has with her son about the presence of his deceased father inside of him along with her spirit as well.

Still Walking is the perfect title for this engaging and appealing bittersweet drama about family life, sibling rivalry, the need for love and appreciation, and the mysteries of death. The picture is further enhanced by its slow and meditative pace, the glorious scenes of of nature, and the delicate music of Gontiti.

Special features on the DVD include new video interviews with Kore-eda and Yamazaki; a documentary on the making of the film, featuring on-set footage; a new and improved English subtitle translation; plus a booklet featuring an essay by film critic Dennis Lim and recipes for the food prepared in the film. 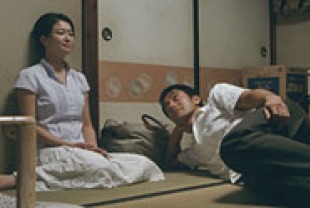 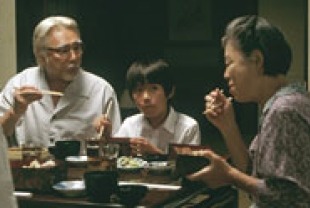 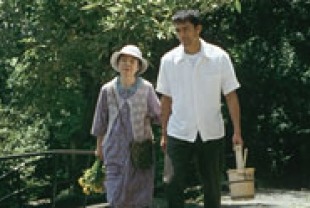