Directed by Jennifer Steinman
A heart-affecting film about six women who are mourning the death of their children and take a healing adventure together to serve others in South Africa.

"The pain of grief is just as much a part of life as the joy of love; it is, perhaps, the price we pay for love; it is the cost of commitment," Colin Parkes and Robert Weiss write in Recovery from Bereavement. There are few tragedies more harrowing or debilitating than the death of a child. Each year more than eight million families around the world experience this nightmare. Grieving demands a special kind of courage and cannot be rushed. Parents must find a new source of hope for the future without slighting the treasured memory of the child who has died.

This difficult process is explored in Motherland, a deeply affecting award-winning documentary directed by Jennifer Steinman. This could be called "a healing adventure" for that is exactly what happens as six American mothers travel 8,000 miles to South Africa on a 17-day journey to live with local families and work with African organizations dedicated to improving the lives of children. Motherland was the winner of this year's Emerging Visions award at the South by Southwest (SXSW) Film Festival and Best Documentary at the 2009 California Independent Film Festival.

Edgar Jackson has observed that "mourning is the process by which the powerful emotion of grief is slowly and painfully brought under control." The six mothers in this documentary share in common the excruciating sense of loss which leaves them feeling empty, depressed, and sad. Debbi, a paramedic, just can't get over the death of her son who was killed by a drunk driver. Mary Helena has been immobilized by a stroke following the murder of her son. Anne's 15-year-old daughter committed suicide after a long bout with depression. Kelly's son died in a motorcycle accident. Barbara's son was killed in a head-on collision, and she is heading for a divorce. Lauren is mourning the death of her brother and decides to make this journey when her own mother can't go.

As these women work together at a day care center, a place focusing on physically-challenged youth, and elsewhere; they open up to each other and, in the process, begin to deepen the healing that accompanies serving others. In her narration, the director comments on the learning that takes place when the American mothers see how naturally South African women who are mourning for the deaths of children band together in solidarity and do not suffer alone.

In his novel The Natural, Bernard Malamud states: "We have two lives; the life we learn with and the life we live after that." Motherland shows how the lives of these mothers are transformed by their healing adventure of service. By nurturing others, they experience new birth. It also shows us that mourning cannot be hurried; the heart has its own timetable for letting go and starting over.

Watch it at Gigantic Digital 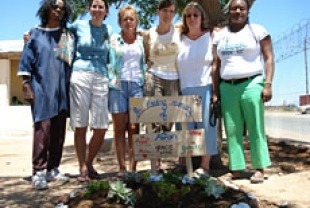 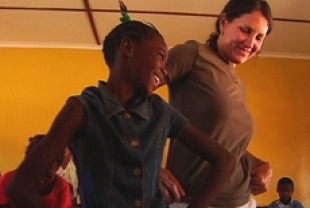 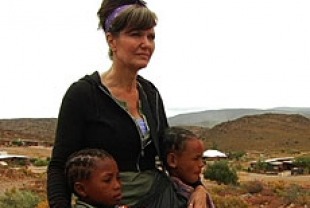