Directed by Dominic Sena
Depicts how a woman U.S. marshal at a frigid station in Antarctica is tested on many levels by a murder case.

The setting for this thriller is an American scientific outpost in Antarctica, six million square miles of ice, gale winds up to 100 miles per hour, and temperatures at minus -120 degrees. Those who are lose a glove can wind up with frostbitten fingers that might require amputation. Those caught in a whiteout can be frozen to death in a matter of minutes. Survival in this inhospitable place is hard enough but U.S. Marshal Carrie Stetko (Kate Beckinsale) has other demons to handle as well. She's having flashbacks from a nasty experience when a case went bad in Florida and her partner was killed. Now she is hiding out at the South Pole doing her own form of penance. Stetko has two friends: Sam Murphy (Shawn Doyle), the station manager, and Dr. John Fury (Tom Skerritt), the medical expert. Ready to leave this desolate place, she will miss these two men.

But her plans are shattered when the frozen body of a geologist is discovered out in the middle of nowhere. This murder brings U.N. investigator Robert Pryce (Gabriel Macht) to the scene and along with Delfy (Columbus Short), a pilot who is an Iraqi war vet on his first civilian assignment. Their investigation leads them to an old Russian cargo plane buried in the ice and a too close encounter with death.

It is rare to see an actress as the leading character in a thriller. Kate Beckinsale does a fine job as the conflicted marshal whose self-confidence and intuition are tested as the case gets more and more complicated. Dominic Sena make the most of this unusual setting which becomes another antagonist in the drama. 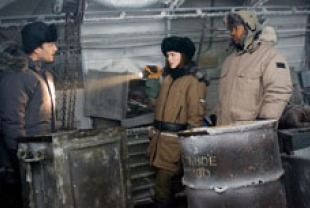 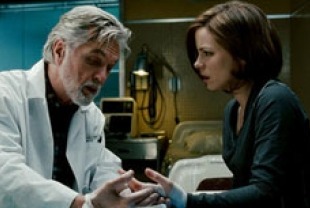 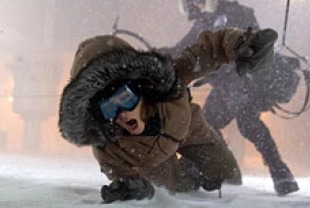