Me and Orson Welles

Directed by Richard Linklater
A funny and appealing coming-of-age drama propelled by a razzle-dazzle performance by Christian McKay as the legendary boy-wonder Orson Welles.

Seventeen-year-old Richard Samuels (Zac Efron) lives at home with his mother. Although still in high school, he's developed a great love for the arts and sneaks off to wander around the Broadway theater district. Thanks to a rare combination of luck, charm, and chutzpah, he lands a small role in a 1937 modern-dress production of Julius Caesar at the new Mercury Theater. It is being directed by Orson Welles (Christian McKay), the "boy wonder" who at 22 is already well-known for his artistic genius. He is playing the part of Brutus but spends most of his time criticizing or meticulously assessing other actors, including Joseph Cotton (James Tupper), George Coulouris (Ben Chaplin), and Norman Lloyd (Leo Bill). The theatre's harassed manager, John Houseman (Eddie Marsan), has his hands full putting out all the fires started by Welles, who rides roughshod over people's feelings and will not take any criticism.

Richard is dazzled by this creative fireball and thrilled when he is told by Welles that he has a "God-created" talent for acting. The director even takes him along on a ride to a radio performance in his ambulance vehicle designed to get him everywhere fast. That, of course, is a running gag with the actors who spend hours waiting for Welles to show up; he is invariably late. Richard is also pleased by the flirtatious attention of Sonja Jones (Claire Danes), Welles's theater assistant who has the reputation for being an "ice queen." As he finds out in getting to know her better, she has a talent for looking out for herself in a world where all that matters is who you know.

Me and Orson Welles is directed by Richard Linklater (Slacker, Fast Food Nation, Before Sunrise, Before Sunset, Waking Life) who is always an consummate entertainer no matter what the genre of film or its subject matter. The keys to the success of this funny and appealing coming-of-age drama are the casting of Christian McKay to play Orson Welles and the High School Musical star Zac Efron to play Richard Samuels. They give the film its energy, wit, verve, and panache. In a magical moment together on route to a radio performance. the director lets down his guard for a few minutes and shares with Richard his admiration for a passage from The Magnificent Ambersons.

Richard's ethics are put to the test in more than one confrontation with his demanding boss. But the play is the thing for him, and he learns his lessons well. Christian McKay pulls out all the stops in his razzle-dazzle depiction of Welles, who is a divine gift to the world as an artist but hell on earth to be around as a self -absorbed, cocky, and treacherous human being. 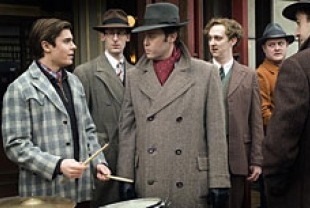 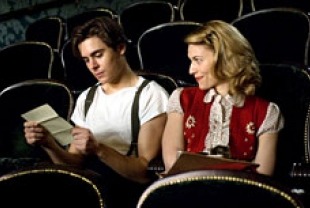 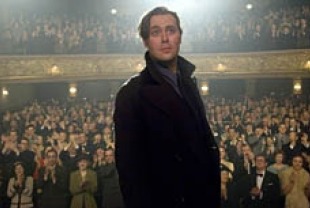