Directed by James Cameron
A thematically rich, visually impressive sci-fi/fantasy masterpiece that gives us a cosmology in sync with contemporary spirituality movements.

Following the death of his twin brother, a scientist, Jake Sully (Sam Worthington), a former Marine who is confined to a wheelchair, is recruited to take his place in the secret Avatar program on the faraway planet of Pandora. The year is 2154 and the Earth is in serious environmental trouble. The Resources Development Administration (RDA), a corporate consortium, is mining a rare mineral called Unobtainium on Pandora that is needed to solve the Earth's energy crisis.

When Jake arrives on this alien planet in his wheelchair, he is astonished at all the activity on the human base called Hell's Gate. He meets Grace Augustine (Sigourney Weaver), a trained botanist who runs the Avatar program. Because the air in Pandroa is toxic to humans, "drivers" have their consciousness linked to an avatar, a remotely-controlled biological body that can survive in the lethal atmosphere. These creatures are genetically engineered hybrids of human DNA mixed with DNA from the natives of Pandora, the Na'vi. Their mission is to create a bridge of trust with the Na'vi so that mining operations can be expanded.

Grace is not pleased with Jake's participation in this program because he is not a scientist. But she has other larger problems, not the least of which is the hostile and prejudiced view of the military-trained security forces toward the Na'vi. As an avatar, Grace has done fieldwork among them and is impressed with their rainforest culture. Col. Miles Quaritch (Stephen Lang), head of Secops, the technologically equipped mercenary squad, thinks the natives are nothing more than ignorant savages that should be stamped out like cockroaches. Also skeptical about Grace and the Na'vi is Parker Selfridge (Giovanni Ribisi), the business-first station manager who oversees the work of the scientists, the security forces, and the miners.

On his first journey outside Hell's Gate as an avatar, Jake is thrilled to be walking and running again on strong legs. In the rainforest, he is separated from the others in his party and squares off with a Hammerhead Titanothere, a fierce beast with head like a sledgehammer and a bad disposition to go with it; he also is attacked by a Thanator, a fierce panther-like creature, and a group of Viperwolves. Jake is rescued by Neytiri (Zoe Saldana), a highly-gifted huntress from a member of the Omaticaya Clan who live in the rainforest. Although forced to kill these vicious creatures in order to save the stranger's life, she is saddened by their loss to the ecosystem. Neytiri sees Jake as ignorant of the forest as a living and nurturing place, but she also senses he may be open to learning their ways. Her father, Eytuk'an (Wes Studi), and mother Mo'at (CCH Pounder), a shaman with healing powers, decide that Jake can stay with the clan. Tus'tey (Laz Alonso), who is promised to Neytiri, is jealous of this outsider and doesn't trust him.

Before venturing out into the forest, Jake was convinced by Quaritch to serve as a spy for him, providing information about the Na'vi and their camp. In exchange, he is promised an all-paid operation which will enable him to walk as a human again. But as an Avatar, he is awed by the simple and resourceful lifestyle and skills of Neytiri, the beauty and mystery of the exotic flora and fauna of the forest, the magnificence of the ancient willow tree ("Tree of Souls"), and the thrill of riding a giant winged creature as part of his rite of passage into the Na'vi clan community. When Quaritch decides it is time to attack the rainforest people to gain access to a rich bed of Unobainium, Jake must decide where his allegiance lies — with the humans or with the Na'vi.

Four years in production, Avatar comes to the screen 12 years after director James Cameron's Titanic, which still reigns as the most successful film of all time at the box-office. This film is rumored to be the most expensive film ever made, and every dollar shows up on the screen. All the characters, creatures, plants, costumes, weapons, vehicles, and environment are from the prodigious imagination of this writer and director who has stated, "I really want audiences to have a completely satisfying cinematic experience. And I hope audiences will walk out of the theatre saying, 'I didn't see a movie; I experienced a movie.' " Avatar is one of the Best Films of 2009 and stands as a watershed work in the science fiction and fantasy genre of films.

Cameron transports us to another world where we are immersed in the cross-cultural adventures of an ordinary man who is transformed by his encounters with the ancestral teachings and ecological activities of an alien race. The cinematography and computer-generated special effects in Avatar are astonishing — from the lush rainforest to the floating Hallelujah Mountains to the exhilarating sequences of flying, right down to the exotic insects. The CG Na'vi and avatar characters are wondrous to behold with their huge golden eyes, swishing tails, and facial expressions of various emotions. The 3-D effects (the film will be in theaters in both 2-D and 3-D) are state-of-the-art, so subtle and natural that we found ourselves moving in our seats to see around a tree.

All this is enough to recommend this amazing movie, but even more awe-inspiring is its spiritual dimensions.

Immerse Yourself in the Web of Life

Make no mistake about it, Avatar is a deeply spiritual movie. While giving us a natural world of beauty, it also forces us to deal with the shadow side of life. It vividly depicts and condemns the blindness, selfishness, and destructiveness of the American path of warfare, violence, and use of technology to destroy the Earth and others considered to be subhuman or "collateral damage." Cameron peppers the storyline with references to recent U.S. imperialism, from the shock-and-awe campaigns of the Iraq war, to the use of daisy cutter bombs to blow away entire landscapes. The character of Quaritch stands in for the cowboy mentality of some military and corporate leaders who will do anything to get control of the lands and resources necessary for their profit-making and survival.

Contrasted with those who believe in domination over other civilizations, just wars, and occupation to maintain control over foreign lands are the indigenous people and their ancient ways that reverence rather than try to master nature. Cameron is to be commended for presenting their life-affirming integration into the larger web of life as an alternative to the narrow perspective of the Western world. His story celebrates diversity and other ways of knowing. The "People," like other tribal cultures, value harmony, simplicity, community, the spirit in nature, the sacred feminine, and much more.

Cameron gives the People an Earth-based cosmology that is totally in sync with contemporary spirituality movements: reverence for Gaia (earth) as a living being and the Oneness movement that celebrates the interconnection of all beings. Through his sympathetic portrait of the scientists, he even mirrors the current-day marriage of science and religion that has been catalyzed by discoveries in quantum physics and energy medicine.

There are many "teachable moments" in Avatar. We hope with the following list of the spiritual aspects of the Na'vi way of life to open the door to further thought and discussion. The French existentialists envisioned life as a project. That's what it is, and we are all trying to put together a sacred, creative, and meaningful way of being in the world.

Spiritual Lessons from the Na'vi

1. Seeds, trees, animals, insects, water, leaves are all part of the web of life. Everything is alive and conscious and interconnected.

2. It may be necessary to kill for food. A clean kill involves a respect and a ritual for any animal that gives itself to you for food and other uses.

3. Even vicious and seemingly violent animals have the right to protect their turf and participate in the dance of life.

4. Having a good heart and being fearless are part of being a warrior.

5. Signs are all around us in nature and in our own experiences: they are meant to be read and interpreted.

6. Using the power within us is the way of the sacred feminine.

7. A greeting is an act of engagement with another. Open and active presence is conveyed by the words "I see you."

8. It is important to listen to the voices of the ancestors.

9. Everyone is born twice: once at birth and once again when he or she earns a place within the community.

10. Energy is pulsating in and through all forms of life.

11. Mother Earth doesn't take sides; she protects only the balance of life.

12. Healing is an act of the community calling upon the divine.

13. Everyone needs to train in attunement to the spirit in nature.

14. The magical flights of the shaman invoke spirit helpers.

15. The world is a collaborative work in progress in which each individual in the tribe has something to contribute to the whole. 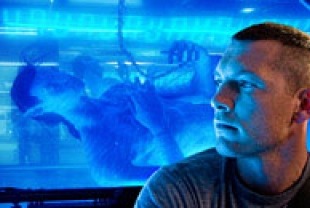 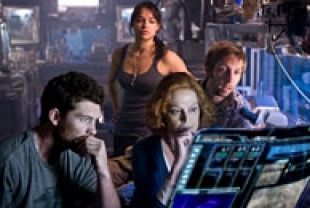 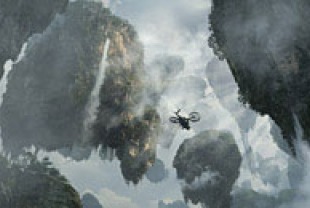 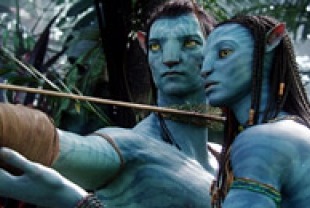