Directed by Niko von Glasow
An extraordinary documentary about 12 adults with disabilities caused by Thalidomide and how a special project gives them a fresh sense of community.

Worldwide roughly 10,000 people were born disabled due to the disastrous side-effects of the drug Thalidomide. Around half of them have survived. In present-day Germany there are around 2,800 Thalidomiders still living. Most need care and it can be very expensive. Physical disabilities include shortened or deformed arms and legs and missing thumbs. Many are depressed as a result of always being viewed as a freak or an outsider. The suicide rate among Thaliomiders is very high.

Niko von Glascow is the director and co-writer of this triumphant spiritual documentary set in Germany. He himself was affected by Thalidomide; his arms are about three inches long. He doesn't go swimming with his young son because he's hesitant to take his shirt off at the beach. Now with great energy and idealism, von Glascow has created this glimpse into the lives and challenges he and eleven other Thalidomiders face now that they are grown up. After profiling them, he sets up a photo shoot with each of them posing nude for a public art project and a photography book. Von Glascow's son even joins him in his picture.

Among the fascinating characters profiled in the film are Stefan Fricke, an astrophysicist in a wheelchair; Sigrid Kwelle, a lesbian tango dance instructor: Mat Fraser, a very witty actor and writer; Sofia Plich, a social worker; Theo Zavelberg, a gardener; Bianca Vogel, a world-class dressage rider; and Fred Dove, a broadcaster and presenter on BBC. As the conversations with these people unfold and we become more intimate with the details of their lives and their personal experiences, the beauty of their character shines out and we no longer even notice their disabilities. The film project lifts the spirits of these 12 people, creates a fresh sense of community among them, and signals to us the importance of viewing people who are different from us with openness and a keen respect for human diversity.

A sidebar of this extraordinary German documentary is the director's futile attempt to talk to the president of Grunenthal, the company that created and sold the drug that stole and damaged so many lives. A final thought from the director Niko von Glascow:

"I'm a filmmaker who has short arms due to the effects of the drug Thalidomide. The first thing people react to when they meet me is how I look. Even if they don't say anything, they either stare or look away. They show that they're uncomfortable with me. I can hardly blame them; I'm very uncomfortable about myself. All my life I've tried not to think about my disability, tried to ignore the truth. Many disabled people find it hard to deal with the disgusted, confused, or pitying stares they receive when they're out in public. Society needs to get used to the way we look, and stop seeing us as beings from another planet. Of course we look different, but it is possible to see beyond that." 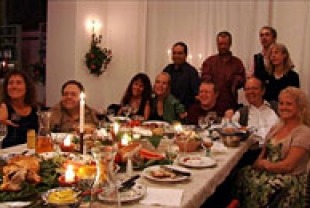