Directed by Jon Favreau
A snappy and fast-paced action drama about the transformation of a superhero into a better human being.

In this snappy and fast-paced sequel to Iron Man (2008), Tony Stark (Robert Downey Jr.) is a rich and world-famous superhero whose exploits have single-handedly brought peace to the world. At a Congressional hearing headed by Senator Stern (Garry Shandling), he is asked to hand over his powerful armored suit to the U.S. military. He refuses, much to the dismay of his friend Lieutenant James "Rhodey" Roads (Don Cheadle), a liaison to Stark Industries for the military, and Justin Hammer (Sam Rockwell), who heads up a major weapons manufacturing company. Trouble looms on the horizon for all of these individuals from Ivan Vanko (Mickey Rourke), a brilliant Russian physicist who holds a grudge against the way his late father was treated by Stark Industries. He has access to the technology that can create his own impenetrable armor suit.

Although Stark should be the happiest camper in the universe, he has plenty of challenges to deal with. He senses the frustration of Pepper Potts (Gwyneth Paltrow), his loyal assistant, and so he makes her CEO of Stark Industries. He is still bothered by the feeling that his father never loved or respected him. And his future as a world peacekeeper is in jeopardy because the high-tech contraption on his chest that is connected to his heart is slowly poisoning him. One other challenge comes when Pepper brings Natasha Rushman (Scarlett Johansson) into the company. Stark can't believe her astonishing array of talents and is mystified by her presence.

Jon Favreau directs Iron Man 2 which opens strong with some clever sequences involving Stark's appearance at the Senate hearing. We also are able to identify with his flaws and foibles as a human being unable to honestly share what is happening to him with anyone. But from an initial confrontation with Vanko at the historic Monaco Grand Prix through the explosive finale with bombs bursting everywhere, the familiar elements of an action drama take over.

Still, there is some transformation going on here. Stark starts out as a witty, cynical, and narcissistic man whose heart is being poisoned and ends up as a more empathetic and caring human being. Not bad for character development in a blockbuster action drama. 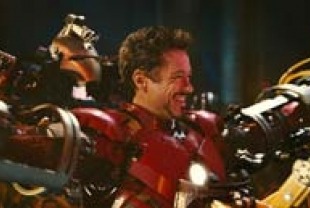 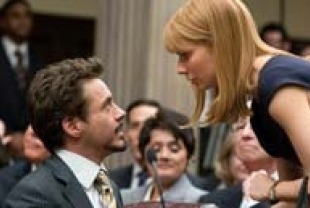 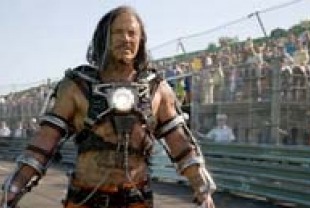 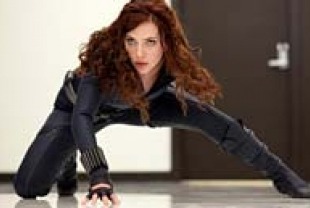 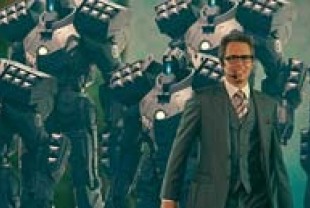 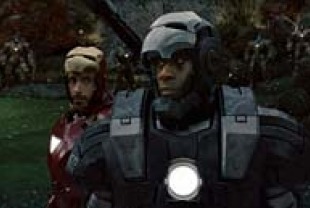 PG-13 - sequences of intense sci-fi action and violence, some language