Directed by Lee Unkrich
A fine family film with an edifying tale, endearing and funny characters, and an appealing emotional undertow.

Andy (voiced by John Morris) is getting ready to leave for college. His mother wants him to clean up his room and sort his things into what he wants to take to college or stored in the attic; the rest will be put in the trash or donated. Woody (Tom Hanks) the cowboy sheriff, Andy's favorite childhood toy, tries to reassure the other toys in his collection that they can all have a pleasant future life together in the attic until Andy has kids of his own to play with them. They are put in a garbage bag by Andy who intends to put them in storage but his mother mistakenly picks up the bag and takes it out to the curb for the garbage truck. Through a series of incidents, the toys don't end up at the dump but at a place that is almost as bad: the toddler room at the Sunnyside Daycare Center.

At first Jessie (Joan Cusack), Buzz Lightyear (Tim Allen), Mr. and Mrs. Potato Head (Don Rickles and Estelle Harris), Rex (Wallace Shawn), and Hamm (John Ratzenberger) are convinced that they have stumbled into paradise where kids will play lovingly with them all day. They are given a warm welcome by Lotso (Ned Beatty), a strawberry-scented bear who runs the place. Most pleased of all is Barbie (Jodi Benson), a doll tossed out by Andy's little sister; she is quickly enamored of Ken (Michael Keaton), a dashing ally of Lotso who lives in a fancy house with a magnificent clothes collection. Despite Woody's pleas for everyone to return to their home and maintain their loyalty to Andy, his friends refuse. But the next day, they discover that Sunnyside is no paradise but a prison. In addition, the kids in their room are wild little monsters who enjoy bashing and smashing toys rather than imaginatively playing with them.

Lee Unkrich directs this lively and affecting stereoscopic 3D release from Pixar Animation Studios. The drama accentuates the fear of abandonment, the virtue of loyalty, the ideal of a community banding together, and the abiding beauty of friendship. The prison break motif which dominates the last half of the story lifts up these moral themes and gives us a chance to empathize with the toys as they act courageously and bring out the best in each other. We salute the strong character qualities embodied by Woody, the funny antics of Buzz Lightyear who at one point dances flamenco to demonstrate his attraction to Jessie, the clever heroics of Mr. and Mrs. Potato Head with their movable body parts, and the silly shenanigans of Ken and Barbie.

Toy Story 3 has it all: an edifying tale, endearing and funny characters, an appealing use of 3D technology, and an emotional undertow that enables us to cheer for these inanimate objects as they make a break for freedom and a chance to discover a fetching future where they will be cherished and lovingly played with forever. 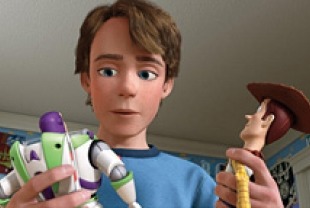 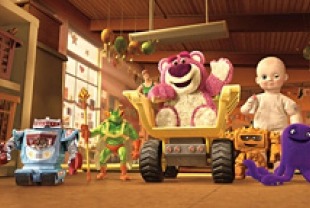 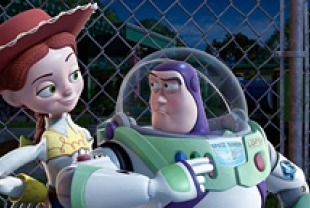 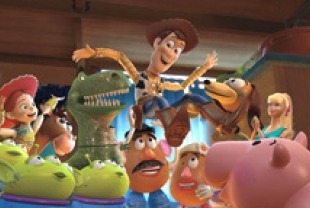