Directed by Oliver Stone
The well-crafted, fast-paced sequel to Wall Street, where manipulations are the M.O.

Gorden Gekko (Michael Douglas) walks out of prison after serving a sentence of eight years for corporate wrong-doing. He is disappointed that no one is there to pick him up and especially shocked when a limo appears on the scene, reminding him of his glory days as a Wall Steet power player.

Jump to seven years later in 2008: Jake Moore (Shia LaBeouf) is a hotshot trader whose mentor Louis Zabel (Frank Langella), the head of the firm, has trained him well and is pleased to give him his first million dollar check for outstanding work. Jake is in love with Winnie (Carey Mulligan), Gekko's daughter who runs a left-leaning website. She blames her irresponsible and selfish father for the death of her brother and the pain of her mother.

Thanks to incredible speculation, Keller Zabel Investments is in deep financial trouble — its stock has plummeted due to rumors about its massive debt. Bretton James(Josh Brolin), a billionaire raider, is going for Zabel's jugular and the old man commits suicide, knowing he has run out of options. Meanwhile, there is talk about the end of the stock market as we have known it and a new age of government regulation.

Following the death of his mentor, Jake is hired by Bretton James and given the chance to develop an alternative energy project which he has been working on for years. Jake has been in touch with Gekko who wants a reconciliation with his daughter. In exchange, the former wheeler-dealer has given him some handy dirt on Bretton James whom Jake blames for the death of his mentor.

Oliver Stone directs Wall Street: Money Never Sleeps, the sequel to the 1987 Wall Street where Gordon Gekko made his famous speech about how "Greed is good!" Michael Douglas is the wild card in this well-crafted movie by screenwriters Allan Loeb and Stephen Schiff. Gekko claims to be a new person humbled by his prison experience, and yet he stays alert to the financial games that are emanating from Wall Street. What is he really up to? In fact, all the lead characters in this fast-paced film seem to be playing both sides against the middle. But then that is the way of the world, a merry-go-round of multi-tasking, constant activity, and split allegiances. 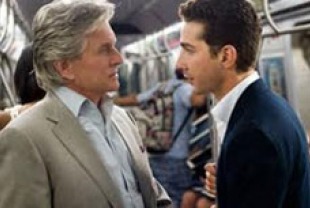 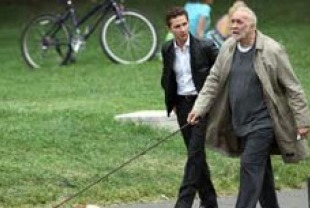 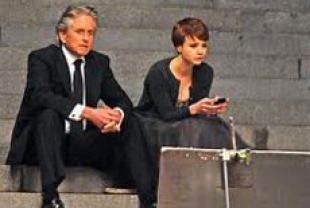