Directed by Klaus Härö
A lean and intensely focused spiritual drama about faith, the dark night of the soul, and the redemptive power of love.

A prison warden in Finland tells Leila (Kaarina Hazard), a woman who has served 12 years of a life sentence for murder, that she has been pardoned. He suggests that she take a job as a personal assistant to Father Jacob (Heikki Nousiainen) in a nearby rural parsonage. The work will be easy and there is a comfortable room there for her. Reluctantly Leila accepts the position and discovers that her new employer is blind. He graciously welcomes her but she is very chilly toward him and immediately lets him know that she doesn't do housework.

Each day, the mail man arrives with letters to Father Jacob asking for his prayers or wise counsel. The minister asks himself what is burdening these people today. Leila's job is to assist him by reading the letters and then copying down his replies, which sometimes include appropriate passages from the Bible. Although Father Jacob is a sweet and caring man, this hardened murderer treats him shabbily by throwing some of the letters away and by steadfastly refusing to see the value in his unusual ministry. To make matters worse, she has a rough encounter with the mail man and, for a while, he is too scared to deliver the letters. This sends Father Jacob into a dark night of the soul where he wonders if God is testing him — is he to let go of this ministry?

Lost and lonely, the minister has Leila take him to church for a wedding ceremony, but no one shows up. This mistake plunges Father Jacob deeper into despair. Who needs an old blind priest anymore, he asks himself. Yet God's grace is there for him in the Eucharist.

Co-writer and director Klaus Härö has made a lean and intensely focused drama about loneliness, faith, the dark night of the soul, and the redemptive power of love. Unlike so many other movies about clergy, this one honors the caring service ministry of Father Jacob and the genuine love he has for intercessory prayer. Spiritual writer Douglas V. Steere sees this kind of prayer as "the most intensely social act of which the human being is capable." It is ironic that although Father Jacob's blindness has isolated him from others, he has found a meaningful way to connect with the people. The surprising finale to Letters to Father Jacob is an inspiring tribute to love and forgiveness as the linchpins of ministry and the essence of the Christian faith. This frail and vulnerable minister doesn't just quote St. Paul's paean to love in I Corinthians 13, he actually incarnates it. 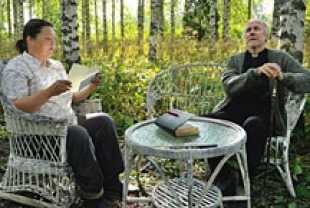 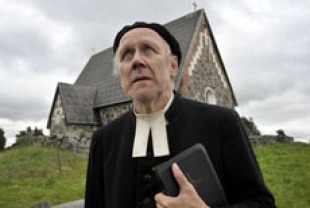