Mr. Death: The Rise and Fall of Fred A. Leuchter, Jr.

Directed by Errol Morris
A bizarre documentary about an American engineer who designed equipment to be used in executing the death penalty and later became a Holocaust denier.

In this bizarre documentary, Errol Morris (Fast, Cheap and Out of Control) presents a profile of Fred A. Leuchter, Jr., an American engineer who created quite a profitable career for himself by designing and repairing gas chambers, electric chairs, lethal injection systems, and gallows. Amazed at the "deplorable condition of the hardware" in state prisons, he convinced the officials to help them look better by having more efficient technology to use in executing the death penalty.

Thanks to his fame, Leuchter was then called upon in 1988 by Ernst Zundel, a Holocaust denier, to conduct an unofficial investigation into the use of poison gas in World War II concentration camps. Illegally taking brick and mortar samples from Auschwitz, he found no gas residues and concluded that the Holocaust never happened. The fallout from this stand changed Leuchter's life drastically.

Filmmaker Errol Morris has made an unusual documentary about the invidiousness of technique whereby some individuals can reverence skill and knowledge irrespective of moral implications. Mr. Death's pride and self-delusion is not much different from that of the Nazis at the concentration camps who gassed Jews and then went home to a comfortable evening with their wives and children. 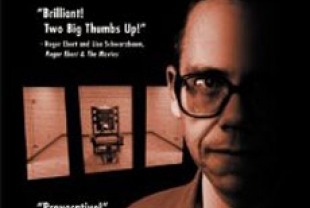