Uncle Boonmee Who Can Recall His Past Lives

Directed by Apichatpong Weerasethakul
A mesmerizing Thai film about death, reincarnation, and the abundant mysteries of the human adventure.

"We're being trained through our incarnations — trained to seek love, trained to seek light, trained to see the grace in suffering," Ram Dass has said in a lecture on Hinduism. Hindus and Buddhists believe in reincarnation — that we keep coming back for another lifetime until we achieve enlightenment. A certain freedom and lack of attachment to people, places, things, and ideas comes with accepting reincarnation. This is illustrated by the story about a Hindu aspirant who was learning the headstand. He tried a few times but lost his balance and fell down. Then, he gave up, saying, "I can always learn to do it the next time I come this way."

Uncle Boonmee Who Can Recall His Past Lives is written and directed by Apichatpong Weerasethakul (Tropical Malady, Syndromes and a Century), a visionary Thai filmmaker who has a deep reverence for the mysteries of life and our connections with nature, animals, places, and people. This splendid film won the coveted Palme d'Or at the 2010 Cannes Film Festival. It presents the fluid and surreal ruminations of a man who is dying and sees the various incarnations of his previous lives along with the ghosts of loved ones who have passed on to other worlds. There have been many films about death in the West but this one from a Buddhist perspective provides a mesmerizing introduction to the reincarnation, transmigration (the movement of souls between humans, plants, animals, and ghosts), and the abundant mysteries of human nature in life and in death.

Boonmee (Thanapat Saisaymar) is dying of kidney disease and has returned to his estate in Isan where his sister-in-law Jen (Jenjira Pongpas), nephew Tong (Sakda Kaewbuadee), and a Burmese worker are taking care of him. For a while, he has the strength to look after his tamarind trees and honey crop but soon he is unable to do even that. One evening the family is surprised by a visit by Boonmee's dead wife Huay (Natthakarn Aphaiwonk). Then they are joined by son Boonsong who has taken the scary form of a monkey ghost. His red eyes gleam in the dark.

These mysterious encounters underscore the idea that Uncle Boonmee has taken form in his past lives as a frisky jungle buffalo and as a catfish who has sex with a princess. He may also have been the princess who, in one of the film's most magical scenes, weeps while standing in front of a waterfall. What a stunning dream image!

In keeping with Uncle Boonmee's dying experience, he laments that his karma will be determined by his killing some communists and exterminating some bugs on his estate. He journeys to a hilltop cave that will be a final resting place for him. He senses that it was also the place where his first life began.

For all who believe in reincarnation, or for others like us who are willing to entertain the idea in order to contemplate its implications, this film helps us see all the manifold ways we can be in relationship with everything else. Something like that is hinted at in the final sequence in the film which deals with Buddhism and Thai politics.

Special features include: 5.1 Sound; deleted scenes; interview with director; and other trailers from Apichatpong Weerasethakul 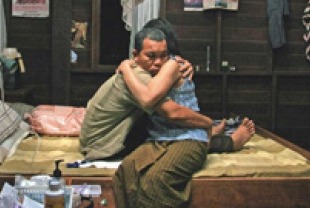 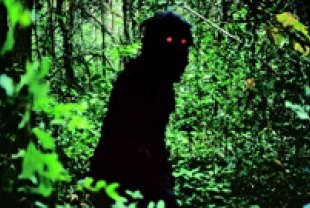 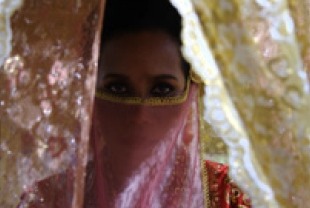