The Princess of Montpensier

The year is 1567 and Marie de Mezieres (Melanie Thierry) is a stunningly beautiful young woman with a free-flowing laugh, intelligence, spunk, and a yearning for sexual pleasure. Although she has been promised to another, her father succumbs to some bribery by the formidable and incredibly wealthy Duc de Montpensier (Michel Vuillermoz) and arranges for her to marry his shy and civil son Philippe (Gregoire Leprince Ringuet). When the feisty young woman refuses, her mother counsels her to submit and get used to the idea of obedience to men. Unbeknownst to her family, she is in love with her handsome cousin Henri de Guise (Gaspard Ulliel). Each tender embrace instills within her a yearning to be with him. But Marie knows that she must marry Philippe and learn to love him since he seems to be quite a decent fellow.

In one of the oddest and revealing scenes in this screen adaptation of one of the earliest psychological novels (1662) written by Madame de La Fayette, Marie and Philippe are joined in their bedroom by members of both families eager to learn whether she is a virgin. She passes the test and handles this intrusion of privacy quite well.

When Philippe is called back to the unrelenting civil war between the Catholics and the Protestants, he leaves his wife in the capable hands of the Comte de Chabannes (Lambert Wilson), his former mentor and close friend. This scholarly man has given up on war and refuses to fight for either side in the religious conflict. He not only is a man of principle and conscience but he knows something about almost everything. In Marie's presence almost every day, he is smitten by her beauty and vibrancy, especially her enthusiasm as he teaches her astronomy and much more. It is painful to him when he discovers the depth of feeling she has for Henri de Guise, a violent warrior with two scars on his face from battles. When Duc d'Anjou (Raphael Personnaz), the future King Henri III, meets Marie, he is mesmerized by her radiance and lavishes praise upon her.

Co-writer and director Bertrand Tavernier is a master storyteller and mood-maker. Here he sets Maria as the center around which four men orbit. In the third section of the drama, Philippe succumbs to a nasty case of jealousy after finding out that his wife still harbors feelings for Henri de Guise and may, in fact, be secretly seeing him.

B. Alan Wallace, a Buddhist writer, calls jealousy "a wicked little mutant" comprised of equal parts of hostility and attachment. It says "I can't stand that you have this and I want it. Jealousy punches with one hand and pulls with the other simultaneously." It is sad to watch Philippe being eaten alive by anger and paranoia.

The Princess of Montpensier captures and conveys the pain and the exhilarations that passion and deep feeling inspire in lovers. The film also explores in a spiritually literate way the lure of beauty and the uncanny power it has over people.

Screened at The Rendez-Vous with French Cinema 2011 of the Film Society of Lincoln Center and Unifrance. 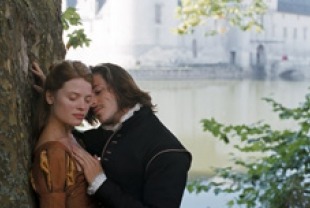 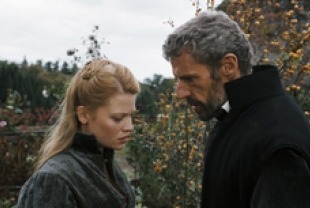 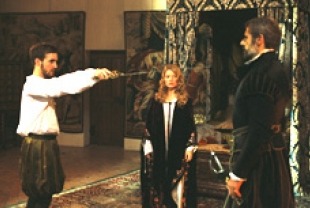