Directed by Oliver Masset-Depasse
A well-crafted and realistic look at the shameful and humiliating treatment of illegal immigrants in Belgian detention centers.

Tania (Anne Coesens) is a former French teacher from Russia who is illegally working as a cleaner in Belgium. One day while out on the streets with her 13-year-old son Ivan (Alexandre Gontcharov), she is stopped by the police. The want to see her papers but she says they are at home. Tania urges Ivan to run and he does; she is then taken to a detention center where illegal immigrants from all countries are being housed in a run-down building. When she refuses to give her name and country of origin, the man handling fingerprints is shocked to see that she has burned all of her fingers to avoid being identified. Desperate to call Ivan and find out if he is safe, she finally gets through to him and talks to the woman who is looking after him.

Tania makes friends with her roommates — a mother and her traumatized daughter, who fears retribution when she returns to her homeland in Latin America, and an African woman (Esse Lawson) who inspires her with her stubborn resistance to the authorities and feisty attitude. Her rebellion takes a heavy toll on her body, however, as she is severely beaten several times. When Tania learns that Ivan is working for a member of the Russian Mafia, she succumbs to anger. It seems as if her life is falling apart at the seams, and there isn't anything she can do about it.

Writer and director Olivier Masset-Depasse has crafted a chilling and realistic drama about the shameful treatment of illegal immigrants and the courage it takes to survive the ordeal of being grilled and isolated in detention centers under the threat of deportation. Anne Coesens puts in an intense performance as the tenacious mother and the uncooperative prisoner who eventually is subjected to the same violence by guards as her African friend. The filmmaker makes it very clear that it is time for international organizations to do a better job monitoring immigration centers for human rights violations. 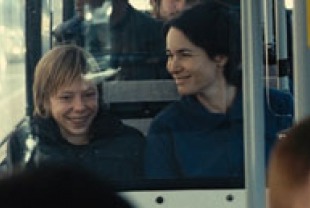 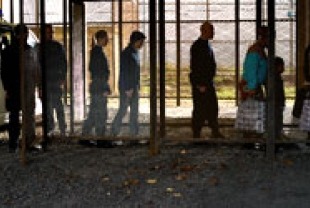