Directed by Eric Mendelsohn
Charts the extraordinary events in the lives of a handful of residents of a suburban Long Island town on an ordinary day.

In suburban Babylon, a Long Island town, the day starts without fanfare with the dimming of the streetlights. It is the second day of school as Arthur Gold (Bob Dishy), an unhappily married principal, prepares to leave home. His high-strung wife, Alice (Madeline Kahn), tries to draw some affectionate words out of him but his heart just isn't in it. Meanwhile, 30-year-old David (Aaron Harnick), a filmmaker who has returned home depressed from California, sheds a few tears over his malaise.

The only exuberant soul in town seems to be Judy Berlin (Edie Falco), an aspiring actress who is leaving for Los Angeles where she hopes to star in the movies. After an uncomfortable farewell with her divorced mother, Sue (Barbara Barrie), who teaches at the school and is preparing her students for the eclipse that is due at 12:48 pm, Judy bumps into David, an old classmate of hers. Desperate for some companionship, he watches her play a milkmaid at a historical village designed to show tourists what life was like on a Long Island farm in 1857.

Judy Berlin is the debut feature film of Eric Mendelsohn and it reveals his fascination with the ordinary rhythms of everyday life on one extraordinary day. A solar eclipse puts Babylon in an eerie midday dark. Alice takes to the streets and has a premonition of her husband's disenchantment with their marriage. After interrupting Sue's class, Dolores Engler (Bette Henritze), a former teacher with Alzheimer's disease, is taken home. In the last scene of the film, Sue finds her wandering alone in a world of her own. She puts her arm around the old lady showering her with the care and the compassion she was unable to give her daughter. By the time he says a bittersweet farewell to Judy at the train station, David's spirits have been lifted and he realizes that he now wants to make a film about the quiet pulse of life and beauty in Babylon. 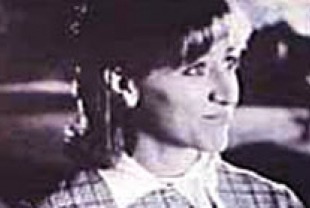