Directed by Steve James
A riveting documentary about three warriors for peace whose heroism has made a difference in the lives of people in inner city Chicago.

Violence rules the streets of Chicago in 2009. People are being killed in gang wars, retaliation shootings, drug-related crimes, and domestic disputes. This poignant and hopeful documentary focuses on this problem and some people who are trying to address it. The film is the result of a creative partnership between producer-director Steve James (Hoop Dreams) and bestselling author-turned producer Alex Kotlowitz whose article in The New York Times Magazine inspired the film.

In response to the bloodshed in Chicago, epidemiologist Gary Slukin created CeaseFire, an organization which seeks to nip violence in the bud in the same way doctors try to destroy infectious diseases. Over the course of a year, James follows the work of three "violence interrupters" working for CeaseFire. Masters of mediation, they try to stem the tide of brutality in their community where poverty and unemployment, anger and drug addiction, hopelessness and helplessness serve as fertile seedbeds for violence. They are convinced that violence is a learned behavior and that their interventions are not good-versus-bad morality plays but neutral actions designed to disrupt mayhem before it happens.

Ameena Matthews, who was once a drug ring enforcer, now uses her counseling skills, powerful presence, and great listening ability to intervene in the lives of a group of vengeance seeking young men who want to murder those who killed a friend. She is on hand at the funeral of a young honors student whose death was recorded on video and used across the country as an example of out-of-control inner city violence. Ameena also offers wise advice to a self- destructive young woman who reminds her of her own struggle for self-esteem.

Cobe Williams spent three terms in prisons before reforming himself. Now he is a veteran at CeaseFire who is known for his coolness under pressure and his equanimity. We follow his interventions with an angry man set upon avenging his brother and a teenager just released from prison and looking for a job. In one of the most touching scenes in the documentary, this former thief returns to the scene of a robbery and apologizes to a woman who was there years ago. She tells him how being held at gunpoint and threatened with death traumatized both her and her children. Nonetheless, she respects his authentic confession and forgives him.

Eddie Bocanegra is a gifted violence interrupter who spent 14 years in prison for a murder he committed when he was 17. We see him at work with a 16-year old girl whose brother died in her arms. Knowing how it feels to be savaged by violence, he sees art programs as therapeutic tools for healing.

These three former law-breakers are incredible examples of truly transformed individuals who use their mistakes as a launchpad to serve other troubled people and to be role models for them. Ameena, Cobe, and Eddie are sensitive, committed, and compassionate souls whose heroism has made a difference in the lives of those they have helped. Hats off to James and Kotlowitz for telling the story of these courageous front-line warriors for peace! 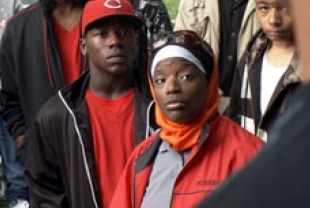 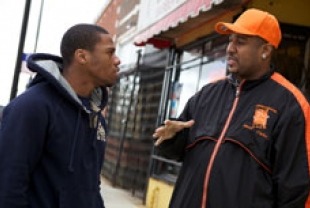 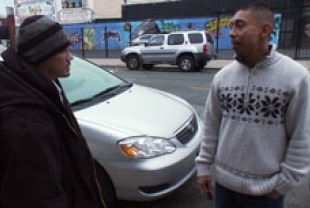