Directed by Mahamat-Seleh Haroun
One man's dark night of the soul brought on by civil war in Chad.

Imagine what it would be like living in a country convulsed by civil war between the government and rebel forces. One of the first virtues to vanish is trust: you never know who is on your side or on the other side. There is an underlying anxiety that you might have to leave behind everything except what you can carry on your back to another country. Also there is great fear that your children will not be able to enjoy the blessings of work and relationships that you have been lucky enough to experience. Each day of violence on the streets is a backdrop to your worries and deepest dread. All of these feelings come to the fore in A Screaming Man, directed by Mahamat-Seleh Haroun which is set in Chad where a civil war is raging and many are giving up hope that their lives will ever be the same again.

Adam is a former swimming champion who has landed a dream job given his love of sports and the water. He is in charge of the pool at a resort run by the Chinese; everyone there calls him "champ." He is very close to his son Abdel who works at the same place. Adam feels the tension of the conflict in the streets when he is pressured by local authorities to give money to the government in support of their campaign against the rebels. His mood is further depressed when his best friend, the cook, is fired even though he cooked "from the heart." Then things spiral from bad to worse when management gives Adam's pool job to Abdel and he is assigned to be the gatekeeper. But the real shock comes when his son is abducted and forced to join the army. Adam cannot shake the guilt that comes from knowing it was his fault for not contributing to the war effort. He and his wife take in Abdel's pregnant girlfriend as an act of kindness.

The Chadian director Mahamet-Saleh Haroun has said of A Screaming Man and its spiritual themes:

"I tried to depict this atmosphere of fear of the future when you see the world around you is going to pieces, when you have lost all your bearings, when the political and social pressure is too strong, you end up being out of your depth. This is what happens to Adam. After committing the unforgivable sin, he immediately wants to atone for his misdeed in order to redeem himself."

War and its intrusive pressures and violence precipitates many dark nights of the soul as individuals struggle with depression and feelings of numbness. This is the theme of A Screaming Man. The cast includes Youssouf Djaro, Dioucounda Koma, Emile Abossolo M'Bo, Hadje Fatime N'Boua, and Djeneba Kone. 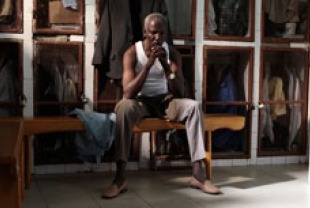 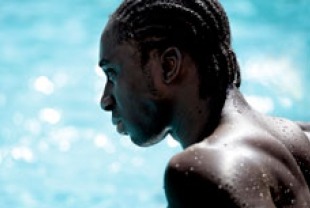 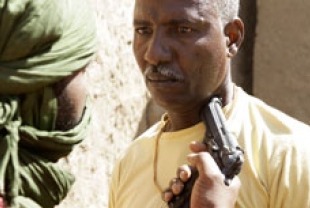