Directed by Larysa Kondracki
A compelling true story about the transformation of a female Nebraska cop into a heroic whistleblower in Bosnia in 1999.

Kathryn Bolkovac (Rachel Weisz) is a very frustrated cop in Lincoln, Nebraska. Her ex-husband has won custody of their teenage daughter and is moving to the South. Kathryn tries to get transferred to the area but has no luck. So in 1999, she accepts a six-month $100,000 contract to work as a United Nations peacekeeper in Bosnia. Kathy is convinced that this money will enable her to continue her close connection with her daughter. She also believes she will also be helping to rebuild Bosnia.

But in Sarajevo, she is appalled by the chauvinistic and often violent treatment of women by the locals including the police. After she helps a Muslim woman who has been physically assaulted by her husband, the first successful case brought against domestic violence, Kathy is chosen by Madeleine Rees (Vanessa Redgrave), head of the U.N. Human Rights Commission, to take over the gender office. Her investigations will include rape, domestic abuse, and human trafficking.

Kathy uncovers a large and hugely profitable sex trafficking ring run by a local gangster whose clientele incudes members of her peacekeeping mission. She learns more about the ring from two Ukrainian sex slaves, Raya (Roxana Condurache) and Irka (Rayisa Kondracki). Kathy wants them to testify against one of her co-workers on the peacekeepers' team who is taking protection payoffs from the brothel owners. The girls, she learns, are fed once a day, drugged, beaten, and imprisoned in dank and dark rooms.

When Kathy turns for help to the head of the U.N.'s repatriation program (Monica Belluci), she is given some bureaucratic claptrap. The chief of police can't stand her, the other contractors shun her, and the only one who stands by her in her dark night of the soul is Jan van der Velde (Nikolaj Lie Kaas), a friend and sometime lover. He, too, is shocked when Kathy discovers that not only are the peacekeepers clients, they are actually involved in the trafficking of girls. Madeleine tells her that the only one she can trust with the details of the corruption is the head of Internal Affairs (David Strathairn).

The Whistleblower is directed by Larysa Kondracki based on the real life experiences of Kathryn Bolkovac. In this compelling drama, Rachel Weisz makes her into a relentless investigator and fearless defender of the young women transported from their home countries and sold to be sex slaves in Bosnia. Her conscience fuels her heroic nature and sets her on a course of exposing all those involved in the sex trade, no matter how powerful they are. At one point she says: "We are peacekeepers who came to protect the innocent but now prey upon them in the worst ways possible."

In the closing notes on the screen, we learn that more than 2.5 million women are sex slaves around the world and sex trafficking is growing by leaps and bounds. The Whistleblower makes a convincing case against this scourge but the most vivid expose is the massive corruption of the international corporation that runs the peacekeeping operation in Bosnia, making millions of dollars in continuing contracts. The deck is further stacked against their being brought to justice because U.N. employees and contractors have diplomatic immunity.

International contractors are now working in Iraq, Afghanistan, and other hot spots around the world. Unlike the military, they are not accountable to a government but to a money-making system. Do they need to respect the people in the countries where they work? Do they have a moral obligation to protect the weak, especially women? Yes, but the lure of money and power is overriding decency.

This movie, based on a true story, is just one window into the corruption, violence, and degradation that has and, no doubt, continues to flourish when money trumps morality and corporate officers and government officials look the other way as human beings are treated as objects. What any of this has to do with "peacekeeping" is only one more example of the Orwellian universe that now is our world.

Special features on the DVD include "Kathy Bolkovac: the real Whistleblower." 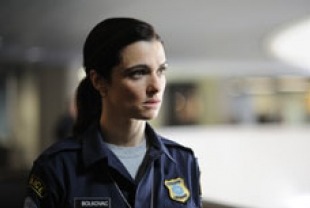 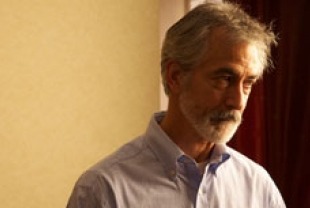 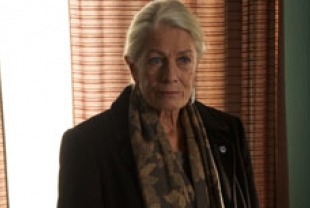