Glee: The 3D Concert Movie presents an astonishing display of youthful vitality, enthusiasm, and pep. It is easy to feast one's eyes on these singing and dancing adolescents from the immensely popular television series. They deliver a medley of songs which give each cast member his or her own showcase in addition to some energetic group numbers. Recordings by the Glee cast have passed the Beatles for the most appearances on among non-solo acts on the charts in Billboard's 52-year history.

As all viewers of the television series know, Lea Michele plays Rachel, and she is the pre-eminent singer in the group with a glorious soaring voice. This is clear in her vocals on "Don't Stop Believin' " and her tribute to her idol Barbra Streisand, "Don't Rain on My Parade." Mercedes (Amber Riley) is another multi-talented singer who can really stir things up with her renditions of Gospel, soul, or rock songs. Then there is Kurt (Chris Colfer), the openly gay high schooler who shows his special vocal skills with a gentle interpretation of the Beatles song "I Wanna Hold Your Hand." Kevin McHale plays the wheelchair–bound Artie on the television series, and he struts his stuff in a fantasy number where he gets to leave his wheelchair and dance.

Two of the most popular characters are Brittany (Heather Morris), an accomplished dancer who shakes her hair around and simulates sexy moves. Another fan favorite is Blaine (Darren Criss), lead singer of The Warblers, a competing choir on the TV show. His smooth singing style and graceful yet percolating movements on stage are copied by an amazing little boy dressed in a copy of a Warblers suit who has memorized the lyrics and choreography of their hits "Raise Your Glass" and "Teenage Dream."

In addition to the concert footage, this documentary has interviews with Glee fans. Three in particular talk about how the series has changed how they see themselves: a cheerleader who is a midget, a boy who came out gay in 8th grade and was bullied, and a young woman with Asperger's. Other fans describe themselves as the "quirky weird kids" and say that "everybody can see themselves in the cast of Glee." They testify about how the series has taught them to be proud of themselves and that everybody is different in some way.

Glee is a wonderful celebration of the diversity of people who attend high school. Whether you are pretty or average looking, fat or thin, gay or straight, wheelchair bound or physically able — you can be yourself and express creatively what lies within you. Kevin Tancharoen directs this vigorous and rousing documentary that includes a guest appearance by Gwyneth Paltrow. Songs covered include "Losers Like Me," "Big Bottom Girls," "Jesse's Girl," "River Deep Mountain High," and "Silly Love Songs."

Special features on the DVD include exclusive performances not seen in theaters: "Dog Days Are Over" and "Friday"; thrilling extended performances of "Ain't No Way" and "Happy Days Are Here Again/Get Happy"; on stage with the cast including Hilarious Unseen Sue Sylvester Introductions and Kurt's Proposal; backstage with the cast; and "Shazam" - this feature delivers exclusive Glee content right to your mobile device! 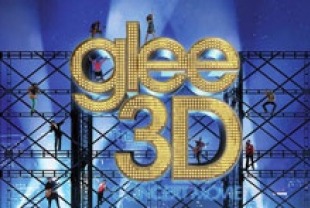 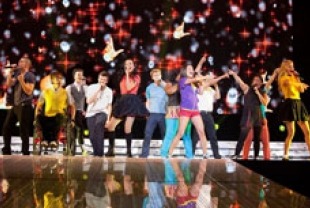 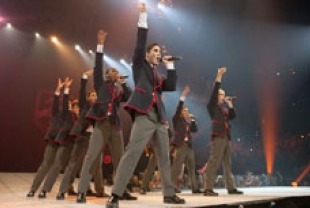 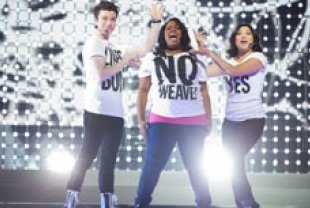 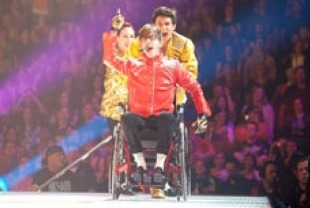 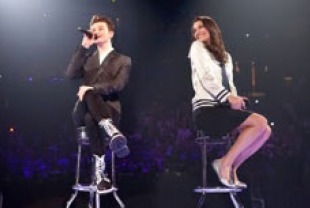 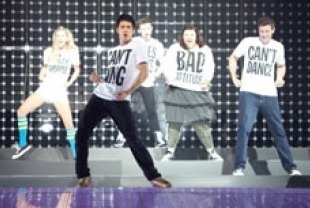