Directed by Joel Fendelman
A spiritual masterwork about the friendship between a Muslim and a Jewish boy.

In his memoir Acts of Faith Eboo Patel, an American Muslim, writes about his calling to educate a new generation to the values of religious tolerance and service to all humanity. Here is what he has to say about openness to other spiritual paths and traditions:

"Religious pluralism is neither mere coexistence nor forced consensus. It is a form of proactive cooperation that affirms the identity of constituent communities while emphasizing that the well-being of each and all depends on the health of the whole. It is the belief that the common good is best served when each community has a chance to make its unique contribution."

David is a tender, well-acted, and bold religious drama that reveals the positive and life-affirming qualities of Islam and Judaism which both stem from the Abrahamic tradition. It tells the touching story of a lonely Muslim boy who by fate finds friendship with a Jewish boy in Bay Ridge, New York. The area is a melting pot of immigrant cultures who carry with them their orthodox religious beliefs and practices. Both Muslims and Orthodox Jews have great respect for their holy books, for a deep and rich devotional life, and for a robust solidarity within their own communities. Hats off to Joel Fendelman who is co-writer with Patrick Daly as well as the director and editor. He has made a spiritual masterwork that ought to open many people's eyes, hearts, and minds to bridges that can be built between Islam and Judaism not by adults but by the younger generation through a fresh renewal of religious pluralism.

Daud (Muatasem Mishal) is a very serious and sober-minded 11 year old whose strict and authoritarian father Ahmed (Maz Jobrani) is an imam at the mosque in Brooklyn. As the only son, this young boy is required to memorize the Qur'an for a recitation and to tutor other children. He has no friends and is completely caught up in the life his father wants for him. His uncle is very proud of Daud and gives him the family Qur'an that was the greatest possession of his grandfather. He puts it in his bag to carry with him wherever he goes.

One day while out walking with his little sister in the park, he watches as a boy leaves behind a book on the bench. He hurries after him to give it back, ending up at a yeshiva. Nervous about being in strange place, Daud puts the Talmud in the outside mailbox and leaves with his sister. Much to his later dismay, he discovers that he left the wrong book behind: his grandfather's Qur'an.

When he returns to the yeshiva, he sees the holy book on the rabbi's desk but before he can retrieve it, he is led into a summer class of Jewish boys. He introduces himself as David and suddenly finds that it is quite an adventure being in their company in a mysterious new world. He is introduced to the joys of basketball and becomes a close friend with Yoav (Binyomin Shtaynberger) who educates him about collecting baseball cards as they work on a class assignment together. Caught up these experiences, Daud disappoints his father by missing the recitation of the Qur'an at the mosque. Ahmed is also upset because his oldest daughter Aishah (Dina Shihabi) wants to leave home and attend Stanford University where she has won a scholarship to study computer engineering.

In the end, winds of change must be dealt with by Daud, his father, and Yoav and his Jewish buddies. The truth is told and the summer ends. Can the Jewish boys ever quickly judge a Muslim after being with one and seeing how much they have in common? Ahmed's heart is tenderized as he waits long into the night for his son to return home. He realizes how much he loves his son and eldest daughter and should want only the best for them. And Daud is the most changed. He is less serious and sober-minded and more playful.

We do not know whether these characters will be able to integrate these spiritual lessons into their orthodox faith, but hopefully, they will be much more loving, open, and hospitable to others who are different from them. 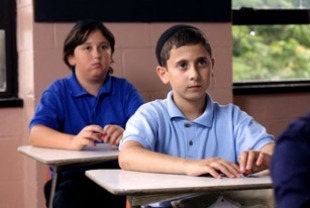 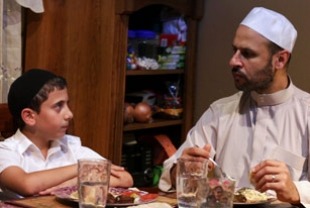