Where Soldiers Come From

Directed by Heather Courtney
A hard-hitting documentary which poses the harrowing question: What will ever become of the soldiers who served in the Afghan war?

Five young men from a small town in Michigan's Upper Peninsula decide after graduating from college in 2007 to join the National Guard. Most of them come from poor families and have no idea of what they are going to do with their lives. The National Guard lures them in with a $20,000 bonus and the promise of help with college tuition. In this hard-hitting and realistic documentary, Heather Courtney covers four years in their lives. After once-a-month training sessions, they are sent to Afghanistan where their assignment is to patrol rural roads for IEDs.

The director switches back and forth between the soldiers on duty and the fears and anger of their parents and other loved ones about the senseless war in Afghanistan known as Operation "Enduring Freedom." Dom, a gifted graffiti artist, winds up feeling empathy for the plight of the Afghan farmers whereas Matt "Bodi" expresses his disgust with this occupied country and its people: "I never hated anyone until I joined the military." Both of these twenty-something men are bothered by the constant assault of blasts from roadside bombs. They worry about TIA (traumatic brain injury), a widespread and serious malady of American soldiers serving in Afghanistan. One of the most revealing facts in the documentary is the repeated and widespread use of Benadryl and Nyquil as tranquilizers to soothe their jangled nerves.

When they return home they are greeted by a large turnout of well-wishers. There are plenty of flags waving in this patriotic town. But none of the five feel like the heroes the community is celebrating. Dom's girlfriend notices that he has drastically changed and is much more irritable and angry than he was before he went to Afghanistan. Cole, who is Dom's best friend, has his college financial aid package screwed up by some incompetent person and cannot enter college as he planned. His mother is very anxious about his depressed state of mind. Others complain about being shafted by the VA.

Given the bloated budgets of the military, it is a crime to see the cruel and inhumane treatment of these soldiers after they return from hell. But the Armed Services and Washington politicians have abused and mistreated soldiers since Vietnam and no pathetic and hollow tributes to these brave men and women means squat to those who cannot sleep and whose brains have been severely damaged while deployed. Where Soldiers Come From poses a most harrowing question: where are these soldiers going and what will ever become of them? 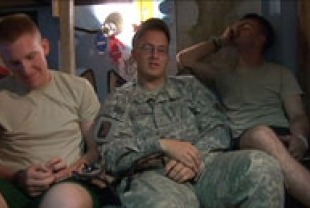 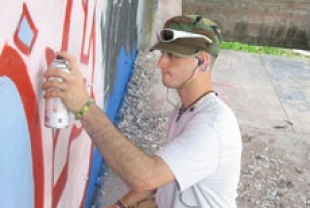 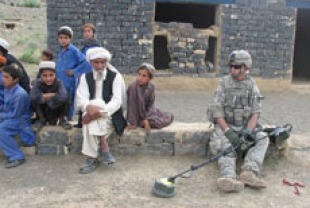 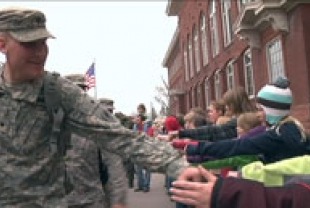