Directed by Samuel Armstrong
A 1941 Disney animated feature about a harassed little elephant with big ears and his friendship with an imaginative mouse.

Dumbo was released as an animated feature in 1941 and was the fourth Disney feature. The movie won an Academy Award in 1942 for Best Musical Scoring of a Musical Picture.

The story revolves around a baby elephant who is delivered by stork to his mother who is with a circus traveling north from Florida. Although at first the other elephants think the new arrival is adorable, they soon change their opinion when his very large ears unfurl. They nickname him "Dumbo." The same ridicule comes from some people attending the circus. When Dumbo's mother tries to defend him, she is imprisoned in a cage and separated from him.

Now an orphan, the little elephant is befriended by a mouse who empathizes with his plight of being an outsider. The master-of-ceremonies with the circus tries to integrate Dumbo into the show with a balancing act but he fails miserably. Then he plays the part of a human baby who has to leap from a burning building in a sketch with the clowns. This gives the elephants who hate Dumbo even more reason to scorn him for betraying his species. After waking up in a tree, the little elephant and his mouse buddy come across a band of crows who learn that Dumbo is interested in learning to fly as another way to get a major role in the circus.

This 70th Anniversary Edition of Dumbo is a 2-Disc Blu-ray & DVD Combo Pack. It is a fine family film except for the stereotyping of the African-American crows. It is also interesting to ponder the fact that the little elephant doesn't speak throughout the whole film! The friendship between Dumbo and the mouse provides the spiritual center of this animated feature which reveals the harm and the shame experienced by those who are different or "other." 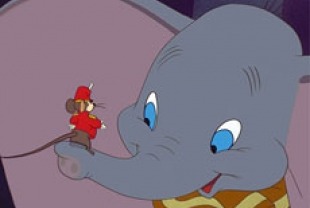 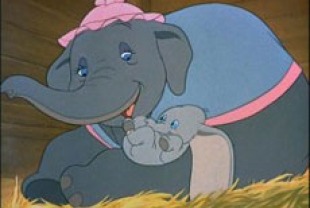 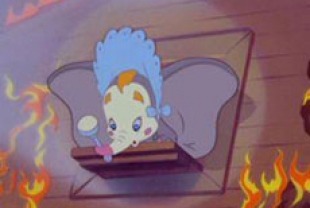 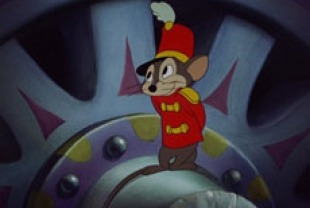 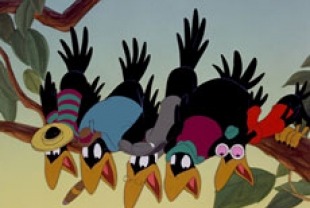