Directed by Jonathan Levine
A touching portrait of a courageous young man's journey with cancer and the varied responses of the people around him.

Imagine being Adam Lerner (Joseph Gordon-Levitt) with a pleasant job at NPR, a loyal and always funny friend named Kyle (Seth Rogen), a pretty girlfriend Rachael (Bryce Dallas Howard) who is an abstract artist, and a controlling mother (Angelica Huston). You don't smoke or drink and watch your diet carefully. You are so safety cautious that you wait for the sign to light up with the word "WALK" before you proceed across the street.

Now imagine that after a routine check-up, your doctor tells that you have a large lump of malignant tumors along your spine. Your first reaction is: how could this happen to me? I'm only 27 years-old and I have taken good care of myself. But this rare cancer has no respect for age or good habits. At the library you do some research and discover that you have a 50/50 chance of survival.

The people in your life have good intentions but don't know how to handle the catastrophe that has befallen you. Your girlfriend promises to stand by you through thick and thin but she doesn't like to go into hospitals because they're filled with so much negative energy. That doesn't bode well for the veracity of her caregiving commitment. Your best friend continues to drive you places since you don't have a license, but he is pushing for you to let it all hang out and have some sex with a stranger. That is his way of dealing with the shock of it all but it's not yours. Then there is your mother who wants to move in and take care of you. Of course, your ego will have none of that. It's hard enough just to talk to her on the phone.

Words run out when you try to sort through your emotions in response to your cancer. This becomes clear when you start therapy sessions with Katherine (Anna Kendrick), a newcomer to the job who admits that you are only her third patient. She is constantly apologizing for mistakes and blunders but it is clear that she has warm feelings for you and seeks nothing but your health and happiness. On the other hand, it is hard to express what you are feeling and much easier to listen to the relaxation tapes she plays to take away some of your stress. Easier still is to chat with your two chemo partners (Philip Baker Hall and Matt Frewer), especially when they give you pot that proves to be good medicine. After much suffering, pain, and weakness, the chemo regimen ends and it is time to hear the verdict on what to do next.

50/50 is directed by Jonathan Levine from a screenplay by Will Reiser based on his own battle with cancer and the responses of those in his inner circle. Moshe Waldoks has observed:

"A sense of humor can help you overlook the unattractive, tolerate the unpleasant, cope with the unexpected, and smile through the unbearable."

Levine and Reiser have pulled it off: maintaining the difficult balance between enduring a deadly and debilitating disease and revealing the laughs that hang out in the messes and miseries of the human adventure. Joseph Gordon-Levitt impresses with his well-defined portrait of Adam as a bright and sensitive young man who demonstrates courage and vulnerability in the face of death. Seth Rogen, as always, is a hoot as Kyle, the vulgar, sex-obsessed buddy who tries in his own way to be supportive. And Anna Kendrick as the inexperienced counselor puts in another winning performance (Up in the Air). She proves to Adam that an assuring clasp of the arm can signal a lot more than professional reassurance. Touch has its own secret language and is a bit of paradise to those whose bodies are journeying through hell.

Special features on the DVD include an audio commentary with the filmmakers; deleted scenes; and the story of 50/50. 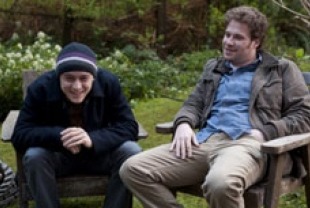 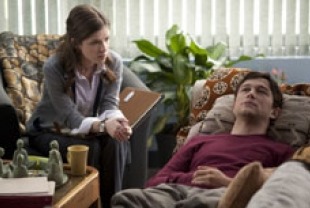 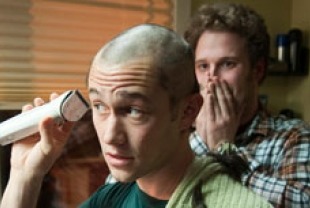 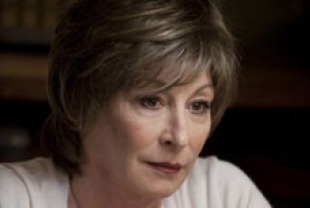