Directed by Patrick Takaya Solomon
A multidimensional film on how Joseph Campbell's hero's journey finds expression in our lives.

"The privilege of a lifetime is being who you are."
— Joseph Campbell

Joseph Campbell (1904 - 1987) was an American author, teacher, and philosopher known chiefly for his immense contributions to comparative mythology. He lectured at Sarah Lawrence College for 38 years. One of his most important books is The Hero with a Thousand Faces which was first published in 1945. He delineated the different elements of the hero's journey as presented in the myths of peoples from around the world. Although these tales seem very different, they all share the same pattern and "the one great story of mankind."

Writer, producer and director Patrick Takaya Solomon has taken the foundations of Joseph Campbell's quest and fashioned an edifying and entertaining film about the hero's journey to find self-expression, passion, and fulfillment. He hopes that this exploration will inspire viewers as much as it inspired him.

Solomon has gathered an interesting group of writers and filmmakers to comment on the different dimensions of Campbell's vision of life: they include Deepak Chopra, Rashida Jones, Robin Sharma, Catherine Hardwicke, Sir Ken Robinson, Akiva Goldsman, Alan Cohen, Joseph Marshall III, Chungliang Al Huang, Gay Hendricks, and others. Campbell's work had a great impact on George Lucas and his Star Wars saga. The film includes clips from many other movies about the hero's journey of separation, initiation, and return home, such as The Wizard of Oz, The Matrix, Superman, Lord of the Rings, Rocky, Spartacus, and Alice in Wonderland.

These stories touch us deeply thanks to their universal truths about human nature and our love of adventure, passion, testing ourselves, and finding meaning in all that we do. The commentators are assisted in their responses by vignettes acted out by a spunky band of children who seem to be having fun.

Campbell was convinced that great breakthroughs could take place at the point of breakdown. We have to walk into the dark forest and find our own path. We have to endure the dark night of the soul and not run from it. We have to embrace our fear and not let it take over our lives.

Musician Mick Fleetwood, skateboard star Tony Hawk, and a surfer share their ideas on Campbell's advice to "Follow your bliss." And several commentators offer spiritual practices for moving out of ruts and getting the creative juices flowing. 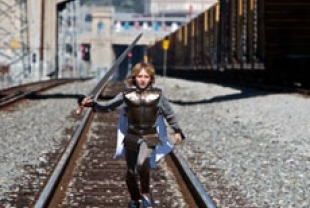 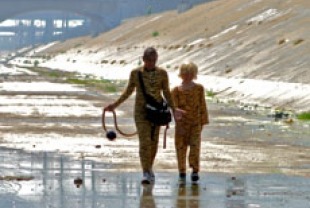 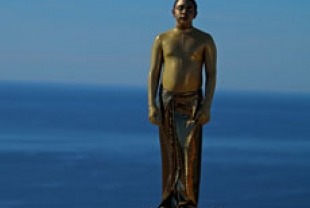 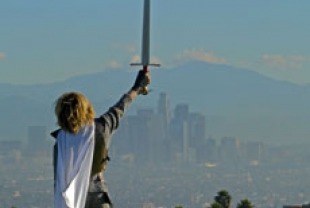