Directed by Betty Thomas
An out-of-control young woman is forced to come face-to-face with her self-destructive lifestyle and her addiction to alcohol and mood enhancing pills.

Addiction is based on a dis-ease within individuals that makes them vulnerable to mood changes of all kinds. Those given to perfectionism, approval seeking, mismanaged anger, and a tendency to live in self-delusion seem to be predisposed to a variety of addictive behaviors.

Gwen Cummings (Sandra Bullock) is a New York writer who, along with her boyfriend Jasper (Dominic West), tries to cram into her life as much fun as possible. The lubricant is liquor. After showing up late and drunk for her sister's (Elizabeth Perkins) wedding, Gwen drinks even more at the reception and ends up collapsing into the wedding cake, then driving off in the limo and crashing into a suburban porch. The judge orders her to enter a 28-day rehab program at a place called Serenity Glen.

In the comic screenplay by Susannah Grant (Erin Brockovich), this out-of-control young woman is forced to come face-to-face with her self-destructive lifestyle and her addiction to alcohol and mood enhancing pills. The counselor (Steve Buscemi) at the rehab center is quite patient with Gwen, given her attitude of superiority over the other participants in the program, including Gerhardt (Alan Tudyk), Oliver (Michael O'Malley), Andrea (Azura Skye), and Roshand (Marianne Jean-Baptiste). She eventually loosens up and realizes they are fellow travelers on the road to recovery. Much to her surprise, Gwen falls under the spell of Eddie (Viggo Mortensen), a baseball star with a sex addiction. They are both struggling to let go of a self-centered and irresponsible way of life. By emphasizing the foibles and vulnerabilities of these characters, director Betty Thomas draws us into their valiant efforts to change their behavior and become new persons. 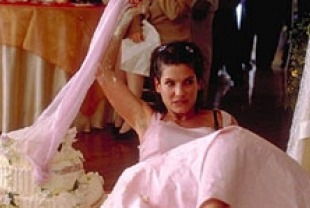