Directed by Craig Brewer
A lively and rambunctious remake of the 1984 classic about a rebel with a cause who loves to dance.

From the moment we see Ren MacCormack (Kenny Wormald) step off the bus after it arrives in Bomont, a small Georgia town, we know that this adolescent is bound to cause trouble in this Bible-quoting Christian community. Three years ago Bomont was shocked by the death of five teenagers in a terrible car accident. In response to the tragedy the Rev. Shaw (Dennis Quaid) and other members of the community board pass an onerous law setting a curfew for teenagers and banning loud music and public dancing. The minister's daughter Ariel, (Julianne Hough), is rebelling against this repressive environment by dating Chuck Cranston (Patrick John Flueger), a tough young man who races cars.

Ren has come from Boston where he cared for his single mother who recently died of leukemia. He's now going to live with his Uncle Wes (Ray McKinnon) and his family. Ren is befriended by Willard (Miles Teller), a funny fellow who along with the other kids at the integrated high school are astonished when they see the newcomer's flashy, acrobatic, and athletic moves during an illegal dance. Everyone present is willing to break what they consider to be an unfair law. Ren seizes the moment and decides to lead a drive to get rid of the anti-dancing decree.

Co-writer and director Craig Brewer has done a remarkable job resurrecting the lively and rambunctuous spirit of the 1984 hit of Footloose. The casting of dancer Kenny Wormald in the pivotal role of Ren ought to reap big dividends at the box office. A scene in which the rebel blows off some steam in a warehouse puts on full display the actor's genuine dancing talent. And the erotic connection with Ariel comes across loud and clear on the screen from the moment they meet. Miles Teller puts in a winning performance as Ren's buddy who has a ball learning to dance from some unlikely teachers.

The movie's moral messages bear repeating: love and respect for young people begins where control and repression end. Best of all, to dance is to sweat, to move, to pray, to let go, to rejoice, and to join ourselves to the larger dance of the universe. 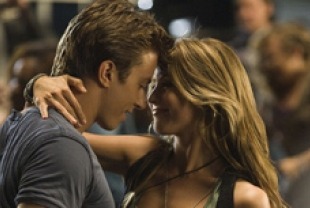 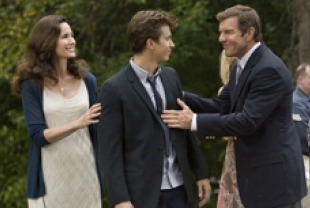