Directed by David Frankel
An enjoyable comedy about three avid birders who wind up as competitors on a quest to see who can spot the most species of birds in North America.

In Sightings: Extraordinary Encounters with Ordinary Birds, Sam Keen, one of the Living Spiritual Teachers featured on this website, shares some touching and awe-inspiring experiences with these incredible ambassadors of song and flight and mystery. In an interview with us, he said: "There are more bird lovers than Nascar fans. Birders are instinctively reverential and thankful for all the multicolored angels that appear out of the void — no hidden charges. Birders know how to wait, be silent and adore — essential spiritual disciplines."

The Big Year is a comedy about three avid birders who wind up as competitors on a year-long adventure to see who can spot the most species of birds in North America. The reigning champion (732 different species) is Kenny Bostick (Owen Wilson), a wealthy contractor who is willing to do anything to stay on top of the birding world. His absence from home when his wife (Rosamund Pike) is trying to get pregnant and supervise the renovation of their home, causes her to wonder whether their marriage can last. His obsessive pursuit of acclaim also bothers others in the Big Year competition as well as a boat owner (Angelica Huston) who works with birders.

In an effort to dethrone Bostwick, two rivals decide to band together. They are Stu Preissler (Steve Martin), a rich industrialist who wants to have some fun before retiring, and Brad Harris (Jack Black), a computer code-writer who has a special gift for identifying birds by their calls. He has to get a loan from his skeptical father (Brian Dennehy) who thinks his son is wasting his time on a worthless hobby. As they track down birds in locations around the globe, Stu and Brad fulfill their dream of a year in which they can follow their passion.

David Frankel, the director of The Devil Wears Prada and Marley & Me, is at the helm of this quest drama in which three men take a cross-country journey which changes the way they see things while providing them with many magical and a few mystical moments with rare birds. We do admit, though, that the whole idea of turning the slow-paced art of bird sightings into a fast-paced competition in which these exquisite creatures become statistics strikes us as a typically American pursuit and a complete diminishment of the ideals of birders. Nonetheless, The Big Year won us over with three interesting men and the lengths they are willing to go to follow their bliss. And in the end, they come to realize that the journey is more important than being Number One. 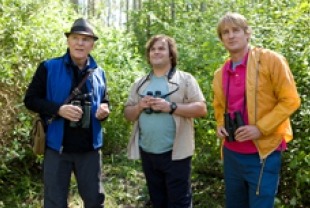 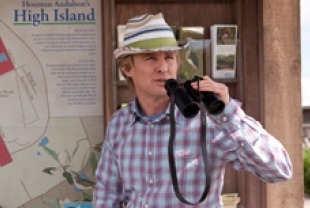 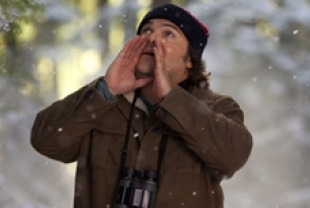 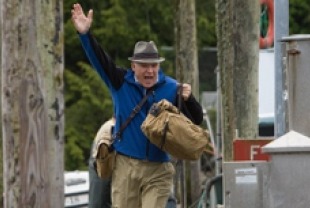 PG - language and some sensuality