Directed by Yan Vizinberg
An intense drama about human trafficking and the yearning for freedom.

Natasha (Natasha Rinis) is an ambitious 23 year old who lives in Irkutsk, Russia, and fantasizes about becoming a TV star or actress in a film so all her family and friends would be proud of her. Told by some shady characters that they would get her started in a modeling career, she has given them an undisclosed amount of money. The scam is part of a North American human trafficking ring. Natasha is given passage to Mexico where she is smuggled across the border into the United States. Once there, she finds herself with other women who have given up their passports to the drivers and are now captives.

One of their number tries to run away and is caught and beaten up. A very nervous woman who has already worked around the clock as a prostitute shares the nightmarish experience of servicing men at a large construction site; one of those involved committed suicide afterwards. Promised to a man in New York, Natasha is carried off to a van which will serve as a prison cell on wheels. The driver is Sayed (Sayed Badreya), an Egyptian who is being paid to transport her. Instead of accepting her fate, Natasha uses every chance she can to escape or call the attention of others to her plight. She kicks on the walls of the van and screams at the top of her lungs until Sayed relents and tapes her to the front seat of the van. She tells him her background and finds out that he is married and has four children back in Egypt.

Natasha is quite stunned when Sayed, a conservative Muslim, leaves her in the van while he says his prayers. Although she wears a cross because it looks pretty, she has no religion or belief in God. Sayed expresses his contempt for American secularism and all the evil that comes with it. Despite their sharing, Natasha remains poised for the perfect moment to make a break for freedom. Her transporter has had it with talking anyway.

Yan Vizinberg is the co-writer and director of Cargo. He successfully conveys the harrowing and totally degrading experience of girls and women around the world who are lured into situations where they end up as victims of sexual and physical violence. Every year nearly 18,000 women and children are smuggled into the United States as slaves and that number rises to over 2.5 million worldwide.

Cargo is a very intense movie that graphically shows the dehumanization of human trafficking. The only relief in this depressing story is the surprising turn in the adversarial relationship between Natasha and Sayed. Vizinberg shows how they both are imprisoned in the land of the free and the home of the brave — a sex slave and a Muslim both ill-at-ease in their own skins and hoping for a miracle that will bequeath to them the liberation they can only dream about. 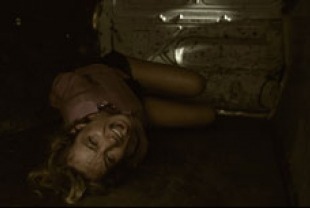 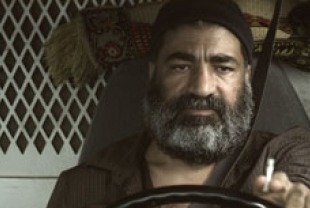 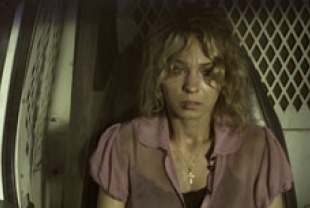