Directed by David M. Rosenthal
Abigail Breslin in a shining performance as the responsible one in a father-daughter reunion.

Ethan Brand (Alessando Nivola) is a rock singer/songwriter on tour with his band, his manager, and his girlfriend (Brittany Snow). Things are not cooking on stage and the band is in a rut. Then Mary Anne (Elisabeth Shue) turns up and wants to see Ethan. She was his girlfriend years ago and is about to enter a drug treatment center. She wants him to take under his wings his 13-year-old daughter Janie (Abigail Breslin). Of course at first he denies knowing Mary Anne and claims that he is not the teenager's father. But then the police intervene and give Janie a choice: go with Ethan on the road or enter an orphanage. Knowing that there is no way out, the rock singer/songwriter volunteers to take care of her until her mother gets out of rehab.

He is happy to discover that Janie is quite an accomplished guitar player and folk songwriter. But despite his good intentions, he explodes onstage and tells the audience that one of his band members is screwing his girlfriend. There is a brawl and the tour is cancelled. With more pressure on him, two other members of the band quit saying they can't deal with his drunken escapades. Desperate for money, Ethan decides to finish the tour with Janie.

Writer/director David M. Rosenthal created this father-daughter drama out his own experiences. Nivola (Laurel Canyon) and Breslin (Little Miss Sunshine) sing and perform in the film. In one of the best scenes, Janie has to leap into action after her father is put in prison for another brawl. She decides to sell their guitars for the bail money and although she doesn't know how to drive, maneuvers his car around town.

Janie is an angel who brings life and love into her father's self-destructive life. Like many other teenagers, she is forced to be the responsible one with both her mother and her father. This requires an actress who possesses the maturity to bring this alive on the screen. Abigail Breslin is the right person for the job. She makes Janie Jones shine brightly. 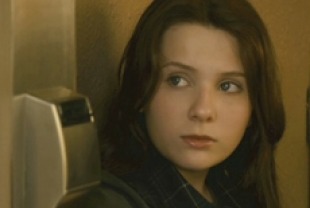 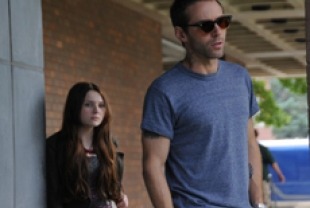 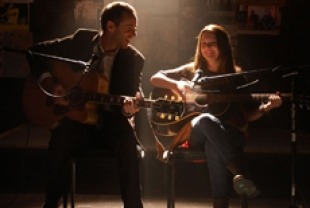 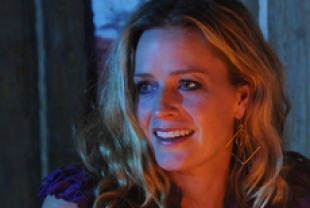