Directed by Preston Miller
An exploration of the spiritual challenges of membership in a religious cult that is obsessed with the end of the world and an escape to paradise.

In Taiwan, Ming-Tien Hou (Shing Ka) has made a decision to leave behind a prosperous career and travel to Garland, Texas, with his wife Xiu (Jodi Lin) and young son (Matthew Chiu). He wants to follow Teacher Chen (Jackson Ning), the head of a cult that is obsessed with the End Times. His wife, however, does not share his passion and dedication to this soft spoken guru who claims that God has spoken to him directly. Teacher Chen soon realizes that if he is to get his message across to the public, he must learn English and so a woman tutor is hired.

When the Hous move into their house, Xiu is shocked to learn that another couple from the group will be living with them. Coming from a wealthy family and used to fine clothes, she is mystified as to why everyone must wear the same outfit of a white sweatshirt, white pants, and a white cowboy hat. When Hou's son gets in a fight with Teacher Chen's children, Jesus and Buddha, he explodes in anger. Xiu is so upset that she and the boy go to a motel for the weekend. The isolation and loneliness brings her home with a promise to be an obedient and submissive wife, a major teaching of the cult.

Perhaps the turning-point scene in the film is when Ming-Tien drops by a church and the conservative preacher takes a pew behind him. He asks the minister about the problem in a marriage when a husband is converted to a new life and the wife refuses to believe. The minister tells Ming-Tien that it is the wife's duty to follow the religious path of her husband and let him determine their path together.

Meanwhile, the press is giving major coverage to Teacher Chen's prediction of the end of the world and the coming of a spaceship to take the true believers to a paradise in another dimension. Reporters and the townsfolk are frightened that members of the cult might commit a mass suicide like the one at Jonestown. Teacher Chen's number one man Richard Liu (Wayne Cheng) assures the journalists that their group is against taking a life.

Writer and director Preston Miller has creatively crafted the film around two cinematic devices which provide appropriate interludes as well as another way of assessing the membership of this cult. Throughout the drama, we are shown a series of press conferences on the cult's activities which are aired on television screens in restaurants, gyms, offices, and homes. The director also puts the faces of Teacher Chen's followers on the screen in a series of silent close-ups.

Given the outrageous and bizarre beliefs and practices of Teacher Chen's community of believers in his vision of God, the world, and the flesh, it would have been easy for Miller to have made a black comedy about cults and what happens to the people in them. But instead he has gracefully drawn us into the challenges of one family as they struggle with the demands of discipleship, faith, doubts, and hopes for final escape to a better world. Similar to Higher Ground, the film portrays the spiritual lives of individuals who either surrender to or flee from fringe religious communities and their rigid ideals. 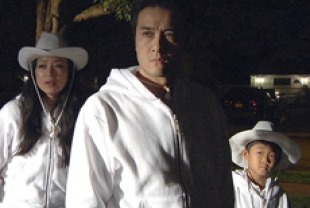 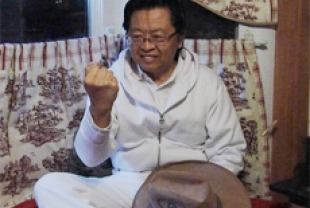 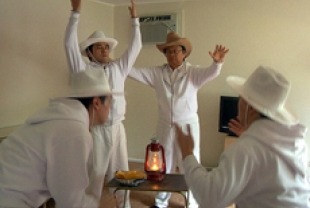 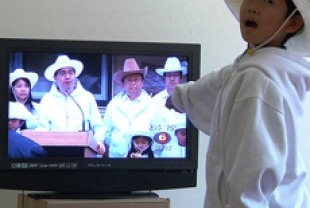 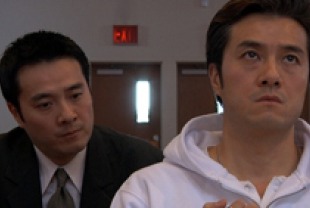 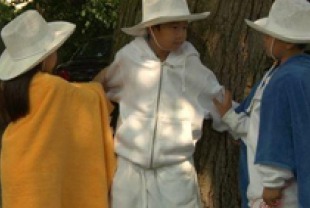