Directed by Peter Rosen
A documentary on the life and artistry of the 20th century's first virtuoso violinist.

God's Fiddler is a documentary by Peter Rosen on the life and artistry of Jascha Heifetz (1901-1987). He has specialized in movies about musicians and their world with works on Yo-Yo Ma, Stephen Sondheim, Placido Domingo, Van Cliburn, I. M. Pei, and many others.

In this look at the first violin virtuoso, Rosen includes home movies made by Heifetz in Vilnius, Lithuania, where he was born and started playing the violin at age of three, giving his first public appearance at seven; in St. Petersburg where as a young artist he studied and practiced; and during the turning point in his life when he made his debut in America at Carnegie Hall in 1917 at the age of 16.

Although his stunning debut catapulted Heifetz into celebrity status, in 1921, he was plunged into a suicidal despair over a review in which a critic condemned him for a lack of depth in his playing, saying he had fallen into a rut and was "content to stand still." Heifetz used this critique to spur himself on to greater heights of fame and glory.

Rosen spices up the proceedings with bits and pieces on Heifetz performing in front of Helen Keller, his ownership of the first electric car, his patriotism expressed in shows for overseas American troops, and vignettes of him as a teacher who was feared by most of his students. There are interviews to supplement this material with Itzhak Perlman; Heifetz biographers John Anthony Maltese and Arthur Vered; and Ayke Agus, his former student, accompanist, and companion.

Throughout his life and career, Heifetz was criticized for what he calls his "poker face." Many students, colleagues, and peers found him to be arrogant and aloof — a creative genius who preferred solitude to interaction with people. The high price for this choice was loneliness and a lack of friends. Nonetheless Heifetz was wed to the instrument which enabled him to be called "God's fiddler." 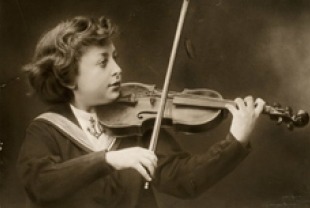 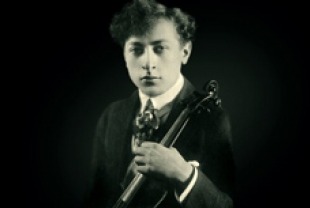 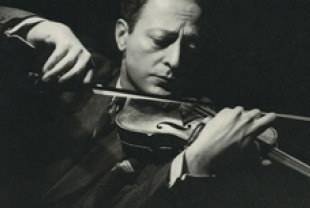