Directed by Clint Eastwood
A biopic about the director of the FBI for 50 years whose legacy is today's us-versus-them approach in public life.

J. Edgar Hoover was the head of the U.S. Federal Bureau of Investigation (FBI) for nearly 50 years, through eight presidents and three wars. Early in this biopic directed by Clint Eastwood, his mother (Judi Dench) predicts that her boy (Leonardo DiCaprio) will rise to be one of the most important men in America — and he does.

The film opens with scenes of an elderly Hoover who, concerned about his legacy, begins to dictate his memoir. The story jumps around from the 1920s through the 1970s following aspects of his personal and public life. There are stories about his early days at the bureau in the 1920s, when he led an aggressive campaign to round up and deport radicals he was convinced were out to destroy the country. He embellishes his personal role in stopping gangsters like John Dillinger in the 1930s and becomes obsessed with what he sees as security threats in the civil rights movement of the 1960s. His most significant achievements are bringing science into criminal investigations, establishing the first national fingerprint registry, and creating a forensics laboratory at the bureau. The latter helps him crack the case of the kidnapping of Charles Lindbergh's baby.

"What determines a man's legacy is often not seen," the elder Hoover says, and in his case, what he doesn't reveal is significant. He amasses a large collection of secret files on government officials (including presidents Franklin Roosevelt and John Kennedy) and his presumed enemies (Martin Luther King, Jr.), often using evidence of others' sexual exploits to blackmail them into giving him more power.

We can never be sure of the motivations behind the real-life J. Edgar Hoover's ruthless and Machiavellian methods, nor how he could justify subverting the law he was pledged to protect. He created an "us versus them" atmosphere in public life that persists to this day. He made it policy to target "the other" as evil — Bolsheviks, radicals, gangsters, civil rights marchers, anti-war protestors, terrorists — in the name of national security. And this us-versus-them stance is his true legacy.

It's ironic, then, that this movie about the man leans over backwards not to make him into an "other." Watching the film, we try to figure him out according to one of our stereotypes: he's the boy with the domineering mother who spends his whole life proving himself to her; he's the man who has repressed his own sexuality and therefore looks for deviant behavior in others; he's the insecure leader consumed by his need to have the nation's adoration.

But just when we think we have him pegged, screenwriter Dustin Lance Black (Milk) unveils another way to look at him through one of three key relationships. There's his mother, with whom he lived until she died. There's his long-time personal secretary, Helen Grandy (Naomi Watts), who is fiercely loyal, even when he is bending the rules. Finally, there is his deputy at the bureau, Clyde Tolson (Armie Hammer), who was at least a very close friend and more likely also a lover. Hoover as son, boss, and friend/lover is still a mysterious man, yet as viewers we don't doubt the authenticity of any of these relationships. Despite all we know about the damage he did, the lies he told, the rules he broke, these characters ask us to try to see something else in him.

Clint Eastwood and Dustin Lance Black have made the man who could so easily and fiercely dismiss the "other" as evil not so easy for us to dismiss.

Special features on the 2-disc Blu-ray/DVD combo include "J. Edgar: The Most Powerful Man in the World." 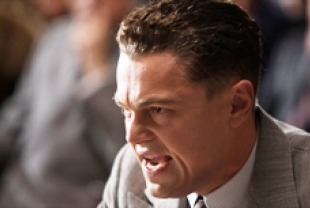 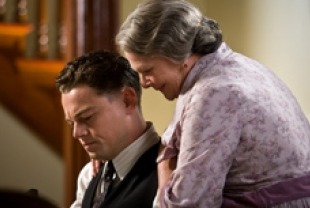 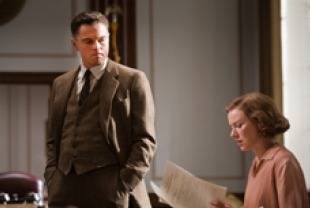 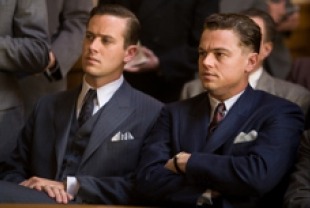 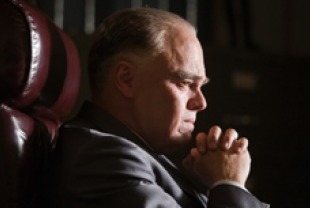