Directed by Bill Condon
A satisfying culmination in this saga as Bella the human and Edward the vampire marry and face a critical decision.

All the yearning Bella (Kristen Stewart), the human being, has had for Edward (Robert Pattinson), the gentleman vampire who loves her deeply, comes to fruition in this fourth movie based on the Twilight books by Stephenie Meyer; this one covers half of the final book in the series; the film covering the second half will be released next year.

After discovering the exhilarations of first love (Twilight), suffering through the aches and pains of love apparently lost (The Twilight Saga: New Moon), dealing with threats to their love and Bella's life from outside forces (The Twilight Saga: Eclipse), all the while working through questions, guilt, and fears about what a future together would mean, Bella and Edward are finally getting married.

Edward's family have planned a luxurious event for 200 guests — vampires, humans, and even a couple werewolves. Everyone around Bella is overjoyed whereas she is quite jittery and shaken by a nightmare where the guests are gruesomely dead in a bloody pile on the day that is supposed to be the happiest of her life. But all her anxiety fades when she and her father (Billy Burke) begin the walk down a flower-strewn aisle. Edward is at the end, standing there with a loving look on his face, and they lock eyes. This is finally their time.

Bella's spirits are further lifted after the ceremony when Jacob (Taylor Lautner) shows up after getting rid of his depression at losing her to Edward by running wildly in his werewolf form through the woods. Bella and Edward head off for a honeymoon on an isolated island off the coast of Brazil. Eventually he will change her into a vampire, but for a while yet, she wants to remain human. After a romantic ocean swim and a night of lovemaking, Bella awakens to find her body covered in bruises and the bedroom in shambles. Edward vows to do better at controlling his passion and his strength. So, they spend more time running through the rain forest, frolicking in waterfalls and playing chess.

This bliss is shattered when Bella discovers that she is pregnant. Edward rushes her back to his family, planning to have Carlisle (Peter Facinelli), a doctor, take care of the "demon" who is growing at an extraordinary rate and threatening to break Bella's bones and stop her heart. But Bella is determined to deliver the baby, despite the risks.

Bill Condon (Kinsey, Gods and Monsters) does a fine job mixing all the elements of this supernatural fantasy tale as he guides us through the joys of the wedding, the trials and tribulations of Bella and Edward's first major fight, the heated-up battle between Edward's vampire family and Jacob's angry wolf pack, and the ethical choices Jacob must make regarding his loyalty. The scene where Bella is changed into a vampire is handled very creatively, capturing both the terror and the beauty of her transformation.

The Twilight Saga has captured the imaginations and loyalties of legions of tweens, and judging from the reactions of the audience at the screening we attended, some people just don't get what the fuss is all about. This movie is a culmination of those that have come before it, and the developments in the story may not make sense to someone who has not read the books or seen the other movies. But for those who can just go with the heightened reality in this melodrama, and certainly for fans of the franchise, Breaking Dawn — Part I is an exclamation point on emotions that have been building through all that has come before it. And now we wait a year to see where this consummated love takes us all. 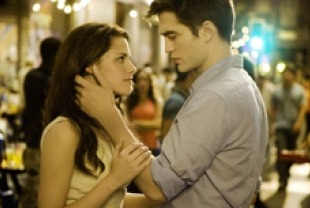 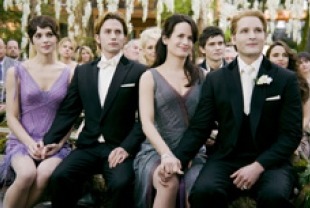 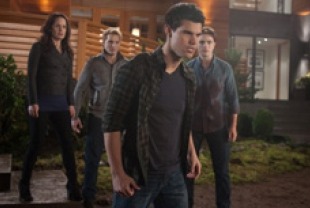