Directed by Sturla Gunnarson
An astonishing documentary about eco-activist David Suzuki who shares his elder wisdom.

David Suzuki is an internationally known and respected Canadian scientist, educator, television personality, and author of more than 50 books. This elder proved his talent for interpreting science to a broad audience as host of the long-running CBC-TV program "The Nature of Things" and the radio series "Quirks and Quarks." He comes through here as an engaging, informed, and passionate eco-activist. Director Sturla Gunnarsson has structured this enormously appealing documentary around a Legacy Lecture delivered by Suzuki in British Columbia when he was 75. She's added in archival film footage and personal stories told by Suzuki as he revisits important places from his past.

This still active spokesperson for the natural world shares glimpses into his childhood and adolescence. His Canadian-born Japanese parents were shocked when they were evacuated from their homes and interned in a camp during World War II. Visiting a museum about the place, Suzuki breaks down and cries; that experience left an indelible mark on his family.

He recalls how his early interest in science was nurtured by visits to a local swamp, a place he credits with saving his life when his family was the first colored one in Leamington, Ontario. It provided him with the adventure that was lacking in his lonely existence.

Suzuki honestly confesses that his love of his work doing research with fruit flies led to the break-up of his first marriage; his second wife happily announces that they have been together for 37 years. During the 1960s, this dedicated scientist became a radical and had a loyal following among college students.

Suzuki laments the use of science to create the atomic bomb that fell on Hiroshima. He points out that Japanese survivors were worried that nature had been sterilized by the bomb and would never return. Today he is concerned about by the rapid extinction of 50,000 species, calling the loss of habitat and blatant killing of animals and plants a horrifying example of "an intragenerational crime." Because of our allegiance to progress, market values, and consumerism, whole generations may miss out on eating honey, nurturing wonder in a swamp, or marveling at giant old trees in a forest.

Suzuki believes that indigenous peoples, such as the Haida in Canada, have the right attitudes for living in harmony and balance with the environment. He notes sadly that humans are a "force of nature" that have become a "force against nature." We may have already reached the point of no return. In the face of such destruction, Suzuki takes a mystical approach, feeling at one with a tree, a squirrel, a snake, and a rock.

He ends his speech with a celebration of staying put in one place that becomes sacred to you. This kind of love, loyalty, and commitment to home leads to much more caring relationships with the land, the animals, and the vegetation. David Suzuki demonstrates with his teachings and his life that "We are one" is the mantra we can practice every day. 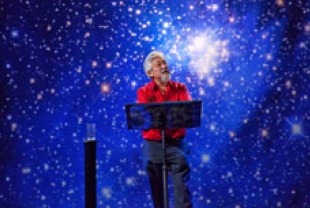 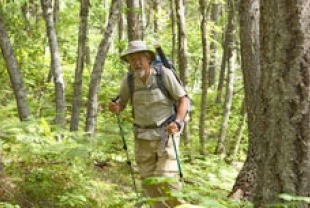 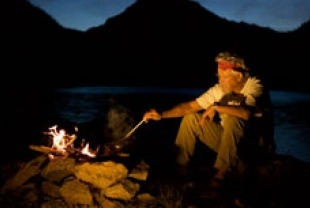